Growing in life through stuttering 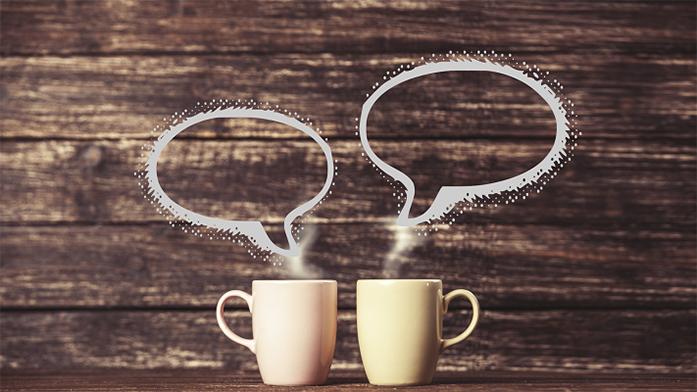 Saturday is one of the best days of the year for me. As a person who stutters, I absolutely love International Stuttering Awareness Day.

I have been stuttering since I was in first grade, and that experience has helped shape me into the person I am today.

The most important part of my journey with stuttering was my introduction to FRIENDS: National Association of Young People Who Stutter, a nonprofit support organization for children and teenagers who stutter.

My speech pathologist from elementary school told my family about the organization. When I got involved with FRIENDS, it was the first time I met another person who stutters, and it made a big impact on my life.

Ever since we got connected, we haven’t missed a national convention, as we’ve been going for the past seven years.

Through FRIENDS, I learned to embrace my stutter and to look at it as a gift, which has helped me tremendously. Because of that, I have a more positive outlook on life, and I learned that while it is a part of me, it doesn’t define me as a person.

On Saturday, there will be a screening at FilmScene, 118 E. College St., of an award-winning documentary about stuttering and the journey that people go through to find their voice called The Way We Talk.

At a national FRIENDS convention two summers ago, I had the opportunity to watch it for myself, and I was blown away. It was incredible to see what these real people went through in their support group, and that there is unashamed stuttering throughout the narration is amazing.

Throughout his life, the director of the film, Mike Turner, has made strides in dealing with his stutter. After trying hypnosis and feeling desperate for help, Turner joined a support group.

“If you had asked me when I was younger if in a million years I would ever make a movie about stuttering, I would’ve said, ‘No,’ ” Turner said. “I hit kind of a tough place with my stuttering … I was just kind of desperate, and I finally went to a support group for people who stutter near where I live in Portland, and that was the first time really hearing the stories of people who stutter, too, and that’s kind of where I felt like I had to learn more about it and figure out how to tell my own story.”

The cool thing about stuttering in Iowa City and at the University of Iowa is the first speech pathology program was created here. As a person who has been in speech therapy for years, it’s crazy to think everything I learned kind of stemmed from here.

In fact, my first FRIENDS workshop when I was in second grade was in the Wendell Johnson Speech and Hearing Center on the UI campus, and that’s where my first college class was as well.

Contrary to what some may think, studies show stuttering is thought to stem from numerous factors, including genetics and brain function.

Even though people who stutter talk differently from those who don’t, they can still do the same things as everyone else. With that being said, I haven’t had any problems with people treating me differently because I stutter.

It’s still easy for me to get along with others on campus, and they accept me for who I am. They listen to what I have to say, not how I say it.

Still, stuttering awareness is so important. There are so many people out there who aren’t treated how they should be simply because of how they talk.

Tricia Zebrowski, a UI communication sciences and disorders professor and an expert in fluency, also believes stuttering awareness is important, because it helps people who stutter, their families, and the general public.

“I think being aware of what may or may not cause stuttering, and what people who stutter can do and what sorts of treatments are available if the person wants it, I think all of those are important to know,” she said. “I think this general awareness helps the person who stutters, and it helps their family, and it also helps the public.”

At the end of the day, I think I am blessed to stutter, and that might sound crazy to some people. Why would I be OK with not being able to talk like a regular person? The thing is, it goes deeper than simply talking.