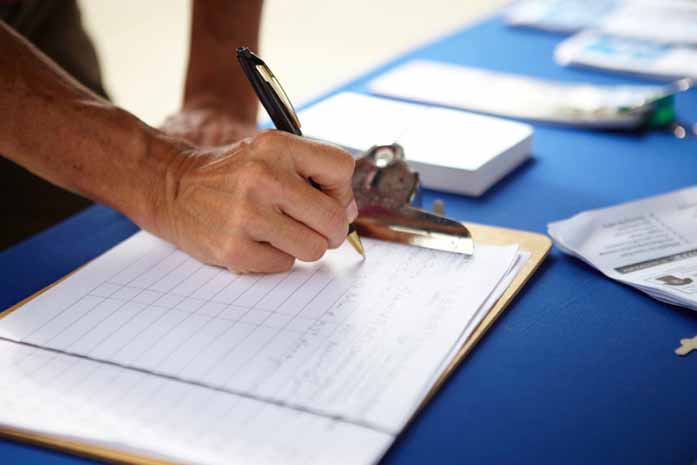 A League of Women Voters public event mulled amendments to the Iowa City Charter, looking at the petition process for voters.

The League of Women Voters of Johnson County held a public forum on Thursday night to discuss a proposal on the Nov. 8 ballot that would expedite the petition process for Iowa City voters.

Measure C, an amendment to Iowa Code 362.4, would lower the requisite number of signatures required to validate a petition to the municipal government in compliance with Iowa Code 362.4.

The City Code of Iowa [362.4] states that “if a petition of voters is approved by the City Code, the petition is valid if signed by eligible electors of the city equal in number to 10 percent of the people who voted at the last preceding regular city election, but not fewer than 10 people, unless allowed by state law.”

Sullivan said initiative petitions relate to new additions to City Code, while referendum relates to aspects of city code that need to be changed.

Balmar said he is very familiar with the Charter; however, he said he thinks it should stay the same.

“[Because] to my way of thinking, if an issue is merited, a substantial amount of the community will be behind it,” he said.

A University of Iowa release cited a Hawkeye Poll conducted in March 2015 that asked 363 Iowa City respondents to hone in on some possible changes to the Charter.

The results stated that 61 percent of respondents agreed with the proposal to allow all eligible voters to sign initiative petitions, but 31.8 percent said they preferred the status quo — which, the release said, limits signatures to registered voters.

Hampel said there is typically an increase in voter turnout when pressing issues are on the ballot.

“I feel like we should make local government accessible to the people,” Hampel said. “Thirty-six hundred signatures is an undue burden.”

The UI release said extension support to allow all eligible voters to sign initiative petitions was separated by age.