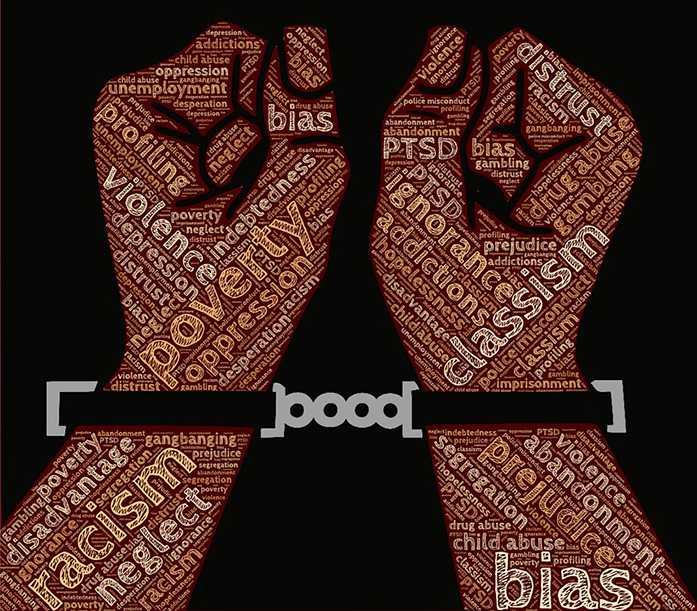 The current climate of American secular society is increasingly approaching a point of afflicting irrevocable damage on this country’s legacy and the prospect of a stable future for subsequent generations. Our media outlets fester with reports of academic institutions for children being plagued by violence and melting metal. Entire communities of people facing gentrification for luxurious accommodations, families displaced by borders, and the never ending cycle of problematic ethics in the American social order are evident everywhere. Our nation has become so accustomed to this sheer lack of humanity that it seems to no longer faze us when our neighbors, our peers, and our country people are killed or publicly degraded.

Recently, Keith Scott and Terence Crutcher, black men in North Carolina and Oklahoma, were shot by law enforcement. Videos of these attacks have surfaced — being only the most recent in a continued line of men of color being murdered by law enforcement — depicting the horrific malpractice of this country’s legal system and the perpetuation of systemic racism. According to an article recently in the Huffington Post, upwards of 194 black people have been killed by U.S. law enforcement in 2016 alone. There is no viable dispute that negates the horrendously high numbers of black individuals being killed and asserts the notion that systemic racism does not still permeate the legal structures of this nation. Systemic racism, a devaluation of human life, and overarching disrespect not only detrimentally affect all of us, they are slowly forging a much darker future for this country than we want to have.

It becomes a matter of extreme scrutiny when a group of white students are able to debate and discuss the validity of death sentences for individuals such as Tamir Rice. Individuals who are able to safely sit outside the fatal cycle people of color undeniably face in this country need to stay seated when discussions regarding these issues are brought forth, me included. From a young age, white children are not forced to learn how to conduct themselves in the presence of society in fear for their lives. While individuals who are white may have felt the sting and pain of ignorant society, we have never had to walk through life with a caution in regard to our skin color. You cannot then, in turn, come to a reasonably intimate conclusion on the validity of the existence of “systemic racism,” “reverse racism,” or any institution/sub-institution of racist structures.

As our country continues to spearhead the crusade to an equal and visible future for all peoples, I encourage all members of the Iowa community, and global community, to allow barriers to fall and acknowledge privileges you hold. In racial cases, in ability cases, in sexual cases, whatever the discussion is focused upon, healthy dialogue can only occur when privilege is acknowledged and actively dismantled. Instead of continuing to cause divisions in these dialogues by heated beliefs, personal biases, or accepted opinions, ask your neighbors how you can best support them. Listen to them. Engage in their emotional understanding of their reality, and enrich yourself, as well as them.