Entredays features entrepreneur at the UI 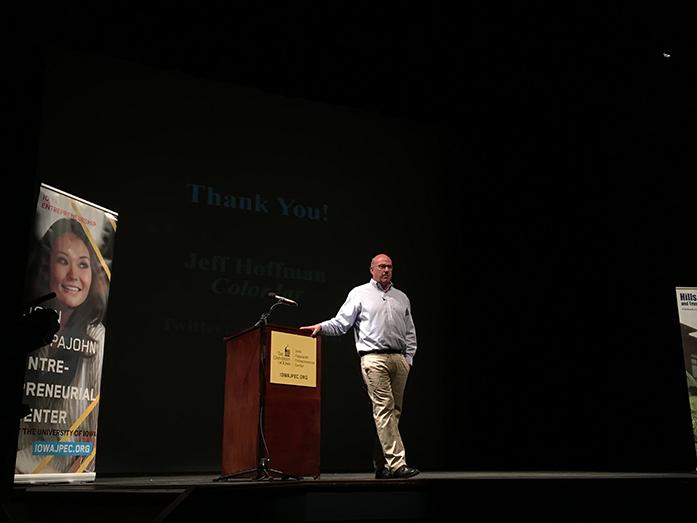 The University of Iowa Pappajohn Entrepreneurial Center hosted Priceline cofounder Jeff Hoffman to speak at the Englert Theater as part of its Hughes Lecture Series on Tuesday evening.

Kristen Tobert, a communication specialist for the Entrepreneurial Center, said the concept behind the lecture series was to bring university students, faculty, and Iowa City business members together with the common thread of an interest in business, specifically entrepreneurship. The organizers of the lecture series searched for a speaker who is a self-starter and has excelled in her or his career. 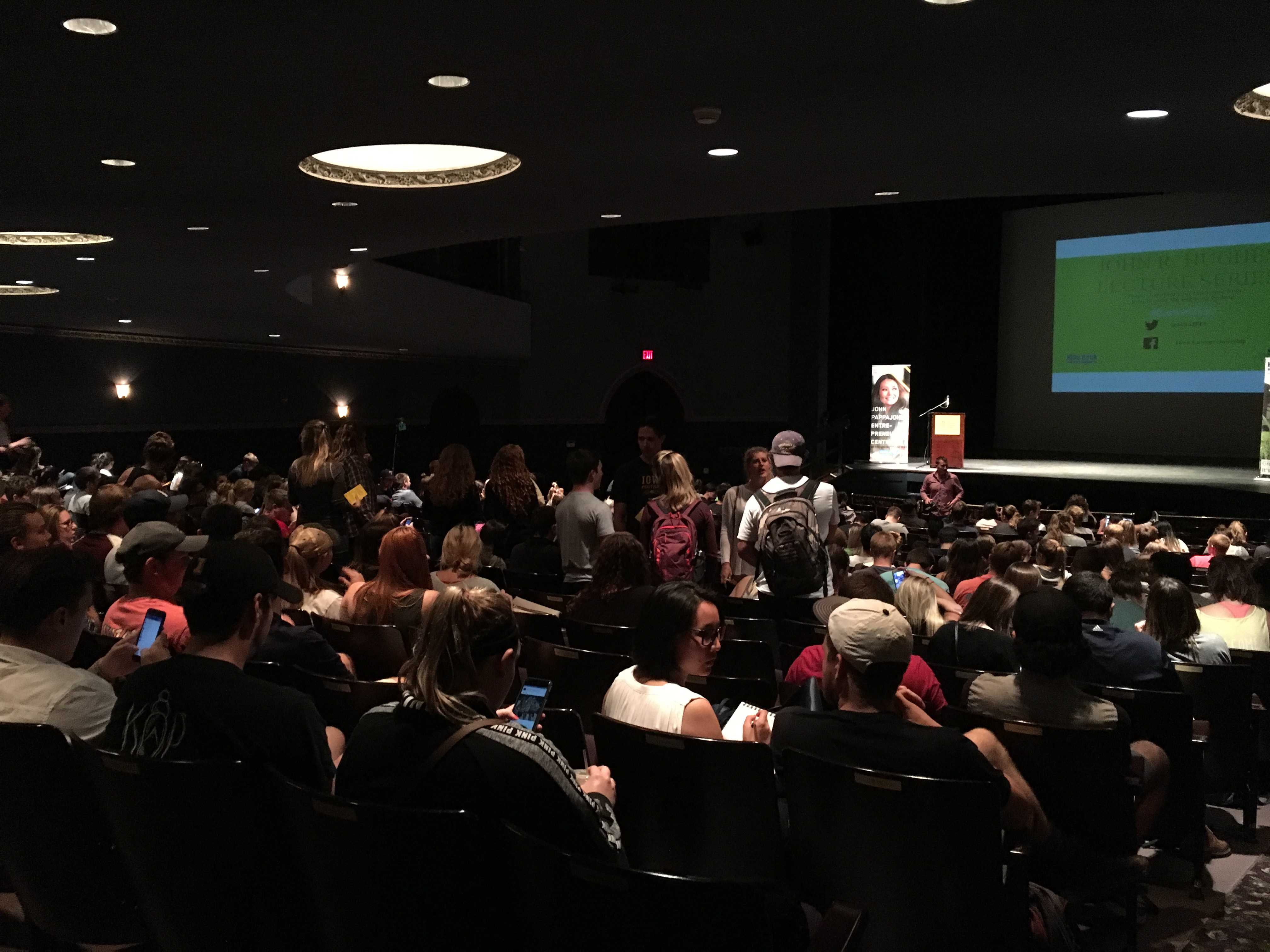 Hoffman spoke about his journey as an Arizona boy with an aspiration to learn, to almost being kicked out of Yale, to selling his first company in his 20s.

He said many people doubted him along the way.

“Entrepreneurship is about self-determination; entrepreneurs are the people that get to design the future,” Hoffman said.

He has started several companies, published a book, and produced a music album and a movie. Now, he travels to encourage students around the world to dream big.

The Hughes Lecture Series has been held annually every fall for more than 20 years, but over the last few years, the lecture series has been combined with ENTREdays, a three-day event hosted to allow participants to network, develop business ideas, and invigorate their drive to explore the many parts of the entrepreneurial field.

“The idea behind the whole thing is to combine events here on campus to intertwine the way entrepreneurship is viewed as a student as well as a community member,” Tobert said.

UI junior Silas Berkson said he’s been able to network with many people through events hosted by the Entrepreneurial Center.

“There are all these innovative people,” he said. “They’re just emitting complete positivity around you. There’s no negative feedback that you get when you go there. It’s a group full of people that want to be there and meet new people, and it really helps develop your confidence and networking at the same time.” 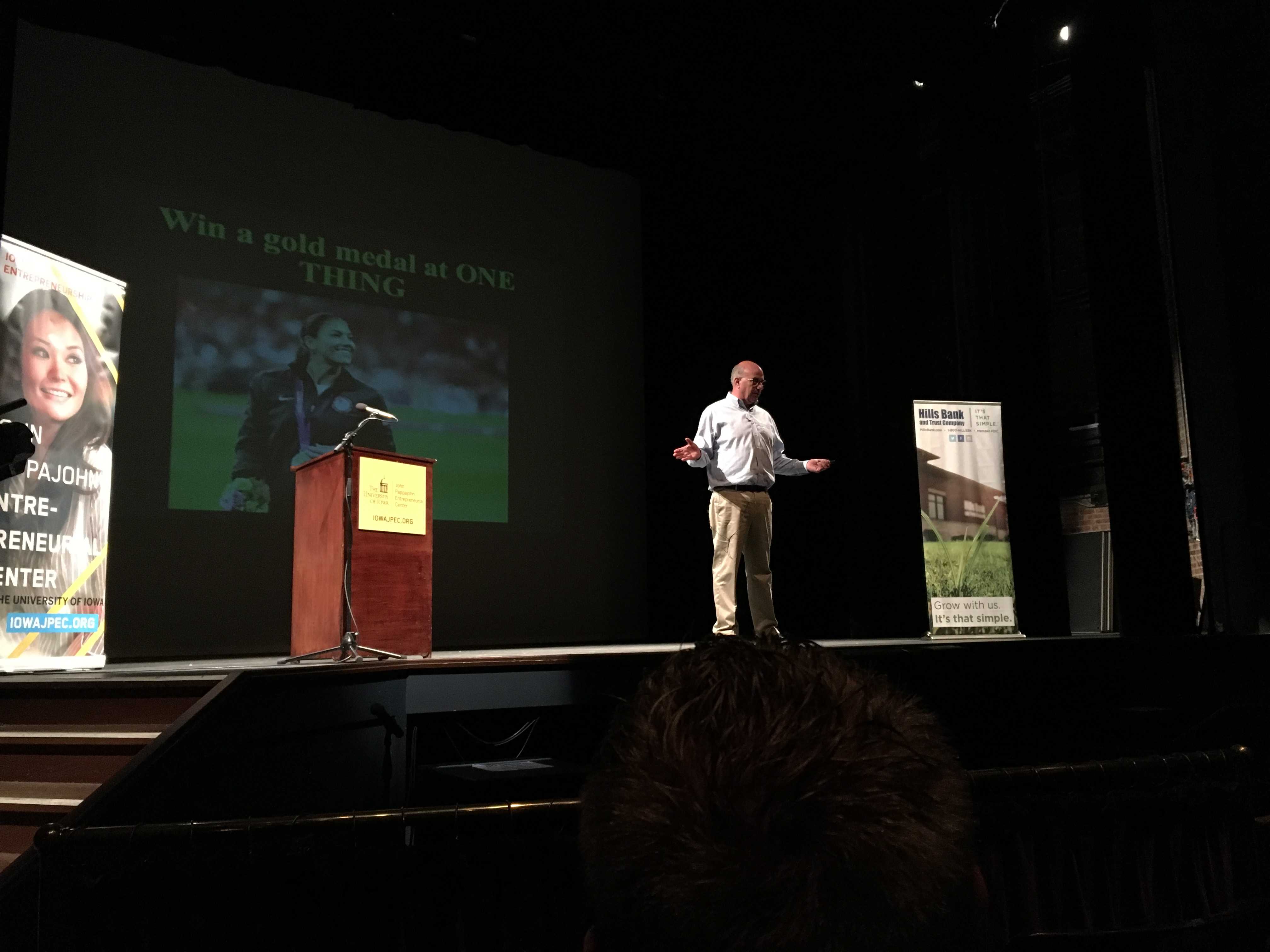 ENTREdays also includes two other events, and it kicked off Monday with IdeaStorm, a pitch competition in which students shared their business ideas with a panel of judges and had the opportunity to win cash prizes totaling up to $1,500.

Today, the three-day event will wrap up at 9 a.m. at FilmScene with 1 Million Cups. Two entrepreneurial groups will give six-minute presentations about their business and receive feedback from professionals and the community.

Tobert and other organizers hope the events will connect people and provide them with the resources to develop their entrepreneurial goals, because start-ups are not entirely done independently.

Most of business developments are about networking and access to resources, Hoffman said.

“You need to be around people who are smarter than you,” he said.