A scholarship for watching free films 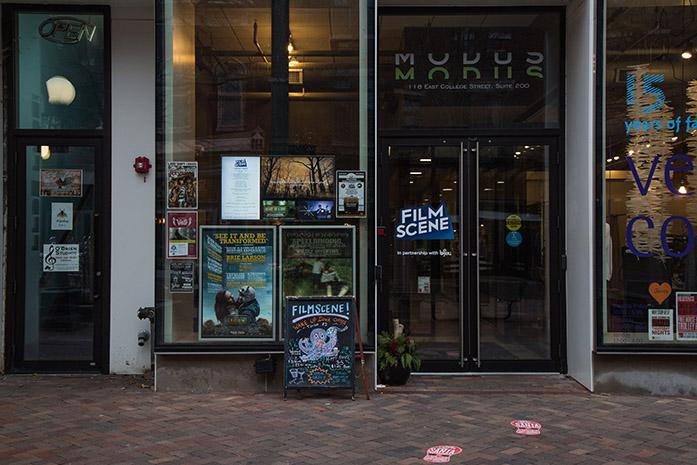 Bijou Horizons, FilmScene, and UI International Programs offer a $1,500 scholarship to students who attend five free films in a semester.

University of Iowa students have the opportunity to win a scholarship to travel around the world simply by attending five free films.

Bijou Film Board, a UI student organization that works in coordination with FilmScene, is offering a $1,500 scholarship for students who attend all five of its international movie film screenings throughout a semester.

The scholarship is made possible through the Bijou Horizons program. It began in spring of 2015 in collaboration with UI International Programs and is awarded randomly to UI students. It is offered in both spring and fall semesters. Each film is an international movie selected by the board and is free for students to attend.

The film board has operated since 1972, and it helps FilmScene with both programming and operation of the theater.

Davis said it was important to bring this opportunity to students, and there has been great interest amongst students in the past three semesters of its operation. Scholarship winners have the opportunity to travel across the world — past winners have traveled to Bolivia, the Netherlands, and the latest has expressed interest in France, Davis said.

“We want to be the place where people can come and see films that represent all stories,” said Joe Tiefenthaler, the executive director of FilmScene.

He said it was important to bring “the world to Iowa and Iowa to the world” and to get students out to see these films and to get involved.

FilmScene’s mission, as stated on its website, is: “FilmScene is a nonprofit organization dedicated to enriching the cultural vitality of the Iowa City area through film that challenges, inspires, educates, and entertains.” Its primary goal is “the operation of a full-time, community-supported cinema in downtown Iowa City that showcases the best in American independent and international filmmaking in a vibrant and inviting setting.”

UI International Programs has been an integral part of setting up the scholarship for students and has worked with Bijou Horizons and FilmScene to offer it.

“At the University of Iowa, we are working to educate students for a global world, and internationalization is a core value of our institution.  Internationalization can take many forms including studying international topics while in Iowa City, like film, and experiencing the world first hand through study abroad opportunities,” said Elizabeth Wildenberg De Hernandez, the associate director of UI International Programs.

Tiefenthaler said he is eager for the scholarship to continue.

“We are hoping in the future to expand our scholarship; more and more students are coming out,” he said.

The first screening for the program is As I Open My Eyes, a Tunisian film. The film will be shown at 6 p.m. Sept. 20 at FilmScene, 118 E. College St.