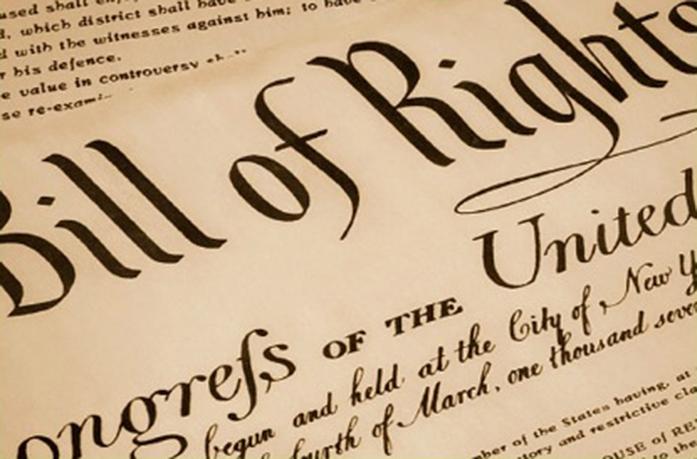 Most people have an understandably love-hate relationship with the First Amendment. We love the right to say whatever we want, but it can be obnoxious at best when you feel forced to hear out those you disagree with.

While there are varying opinions on whether being forced to listen to the opposition actually helps make your positions stronger or more informed, one thing most people do agree on is that there should be some limitations on free speech. While lying isn’t explicitly illegal, it is socially taboo and criminalized in the forms of slander and hate speech. But other times, the social mores around free speech lead to areas that are considered, somehow, less black and white.

This week, Karlie Hay of Texas was crowned Miss Teen USA, drawing controversy after it was revealed she had repeatedly used “n****r” on Twitter. While most people in 2016 understand the long history of this racial slur and know that the only people who should use it are black people, this somehow has not been grounds for stripping her of her crown, despite pageant winners being stripped of crowns for being too old to compete or using professional stylists.

Does Hay’s right to free speech extend to the use of racial slurs? While some would say yes, others would offer a caveated no; no, she shouldn’t have used racial slurs, but she was young. Or, no, she shouldn’t have said “n****r,” but neither should black people. Both of these arguments are puerile; non-black people don’t get to police black people’s reclamation of a slur, and while age can be an explanatory factor, it doesn’t excuse Hay’s behavior. Her own apology tour has blamed peer pressure, rap music, and personal struggles rather than owning up to her past mistakes and making a meaningful apology.

In Des Moines recently, Greenland Homes filed a lawsuit over a negative online review, claiming the review was defamatory. While this suit stands little chance of succeeding in court, the threat of a costly lawsuit allows companies to bully individuals into doing whatever they want in order to avoid steep legal fees. At Iowa State University, there are designated “free-speech zones,” in which free protest is “allowed”; protests elsewhere on campus must be approved by Iowa State’s event-management office, creating a culture in which free speech is considered a luxury. And at University of Iowa, as on other college campuses and institutions in the United States, the right to free speech is often used to defend people’s right to be offensive and rude, ranging from mildly racist comments to explicitly racist jokes and racial slurs, as if the right to free speech also contains the right to an audience, the right to be heard, and the right to be exempt from criticism.

The right to free speech is the First Amendment because we as a society have collectively agreed to enshrine and uplift its ideals as the peak of our democracy. But in order for the First Amendment to be the shining jewel in the crown of American exceptionalism, we have to come to terms with the places where it shouldn’t apply, not in the interest of curtailing free speech but in the interest of protecting those it is meant to strengthen.