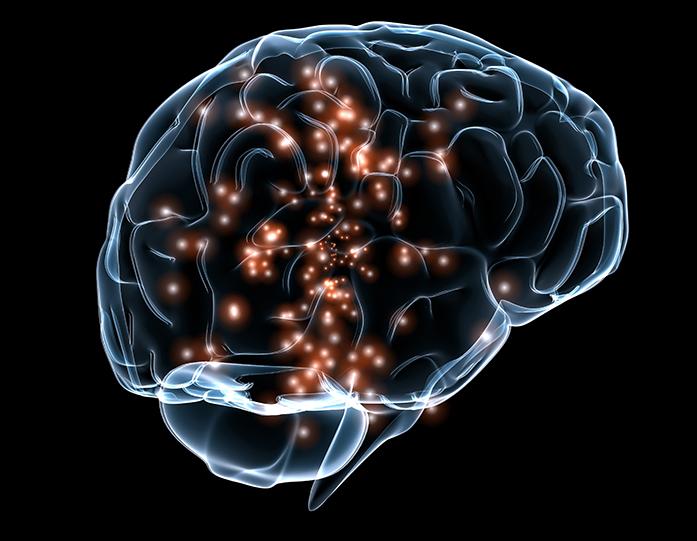 A multi-institution collaboration involving University of Iowa researchers recently published a study that identified 84 genetic variants that could contribute to severe forms of bipolar disorder.

Every year, bipolar disorder affects an estimated 2.6 percent of the U.S. population at ages 18 and older. The work of UI Professor James Potash, the department head of psychiatry, focuses on figuring out what causes this complex condition.

“If we can figure out which genetic variations predispose to the illness, that will point us in the direction of designing better medications to treat it and possibly prevent it,” he said.

The strongest risk factor for developing bipolar disorder is a family history. Genetic risk factors play a major role in development of the condition, but modern approaches to understanding genetic causes of bipolar disorder have only existed for around a decade.

“We have known for a long time that this illness runs in families and must have a genetic component to it,” Potash said. “But only in the last 10 years or so have we had the kind of really powerful tools that allow us to probe deeply into the genome and find answers to this important question.”

Many genes are involved in the development of bipolar disorder, posing a challenge for researchers to elucidate specific genetic causes that contribute to the disorder.

Genetic variants identified through research can be classified as either common or rare. Researchers currently believe common variants have a small contribution to bipolar disorder while rare variants produce a larger effect.

“These variations were disproportionately genes that had previously been implicated in schizophrenia and autism,” Potash said.

Potash and his collaborators at the Johns Hopkins University School of Medicine and Cold Spring Harbor Laboratory then found additional evidence from studying more than 3,500 people with bipolar disorder that narrowed down the list of implicated bipolar-disorder genes to 19.

“This smaller group of genes continued to disproportionately include autism genes,” Potash said. “So it looks like there is a small proportion of bipolar disorder genes that are shared in common with these two major psychiatric illnesses.”

The idea that schizophrenia and bipolar disorder have susceptibility genes in common has a lot of support from many other studies over the past 15 years.

“This phenomenon is consistent with what clinicians see in that there are many patients who when they are very ill look like they could have either illness,” Potash said. “The overlap with autism is less well studied and less a part of what psychiatrists see, but there is some reason to think it exists to a smaller extent.”

Along with Potash, the work of collaborator Peter Zandi, professor of epidemiology at Johns Hopkins, seeks to understand the genetic factors that contribute to bipolar disorder and other mental illnesses.

“The goal of my research in this area is to identify the genetic causes of these disorders and determine how genetic and environmental factors interact to shape susceptibility,” Zandi said.

The work of Potash and his collaborators is one of the initial studies of rare variants in bipolar disorder. Potash’s collaborator Fernando Goes, an assistant professor of psychiatry at Johns Hopkins, said these rare variants may be clinically important.

“A rare variant with larger effect may ultimately prove to be more clinically useful for prognosis,” Goes said.

Because bipolar disorder is a “complex illness” even the rare ones recently discovered should not be thought of as deterministic.

“The [rare variants] may increase risk, but so will a number of other variants, along with other environmental risk factors and chance events that all need to be studied and understood in order to give us a comprehensive picture of the disorder,” Goes said.

While current treatments of bipolar disorder, namely lithium, have helped countless patients, substantial minorities of them do not respond well to existing medications.

“For them, we need better treatments, and this will only come from figuring out what exactly isn’t working in the brain,” Potash said.