Delving into their roots 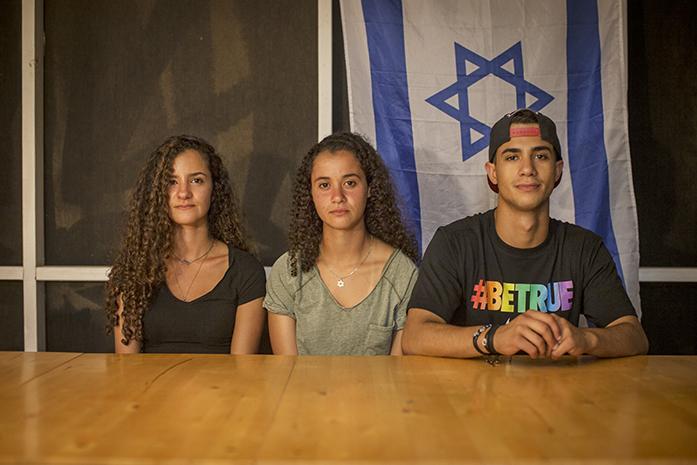 A trip to Israel gave triplet siblings a new perspective.

Three incoming UI freshmen of Jewish heritage have recently returned from a trip of a lifetime — literally.

For triplet siblings Heelah, Idan, and Zohar Nadler, a Birthright Israel trip fulfilled its goal of “Taglit,” the Hebrew word for discovery — of themselves, of their heritage, and of their faith.

“They want to trace you back to your Jewish roots and show you where you came from,” Zohar Nadler said. “They want you to experience the food, the culture, and kids your age.”

They traveled with a group of 39 Americans and seven Israeli soldiers, who were granted a 10-day leave to join the Americans on their tour through Israel.

Spending time with Israeli citizens their own age was an eye-opening experience, the siblings said.

Because they have dual citizenship, they were not held to the mandatory service many 18-year-olds in Israel are required to carry out.

“[The soldiers] said some days it sucks, but when they saw us in Jerusalem at the Western Wall, just having fun in Israel, they realized ‘this is why we’re in the army’, for people who don’t take Israel for granted,” Zohar said.

“We got a gift to travel from north to south of Israel,” Heelah Nadler said.

The tour included stops at holy sites, a hike through the Golan Heights, and a visit to Mount Herzl, where Israeli soldiers are buried.

Heelah Nadler said her favorite aspect was spending time in the kibbutz, which is a communal living arrangement.

“We got to stay in the guest houses there and just hang out,” she said.

For Idan Nadler, the best part was having the food he normally only gets in his mother’s kitchen readily available at all times.

“My favorite part was eating the food throughout the whole trip and exploring different kinds of food,” he said.

Zohar Nadler said she was able to appreciate her heritage because of the trip and also appreciate the country itself.

“Now that we’re older, we can grasp what that little country has been through. It’s only 68 years old,” she said. “Just like the stone ground in Jerusalem is so smooth because you know so many people have walked on it.

“Birthright showed me how lucky I am to be Jewish. I mean, we had fun, but we also had sad times. We were all really vulnerable, we cried together. We went through Yad Vashem, the Holocaust museum.”

All three siblings will start at the University of Iowa this fall — Idan Nadler  will pursue international business, Heelah Nadler will major in human physiology, and Zohar Nadler will study public health.

Their mother, Sinaya Nadler, said she is grateful her children were able to learn more about her homeland.

“It’s amazing. It’s like I sent kids to Israel, and they came back completely different … the way they are thinking and looking at things differently,” she said. “And I think they appreciate me more because I’m Israeli, and they realize Israel is quite special.”

All three agreed their worldview has changed as a result of the trip.

“Growing up as a minority, you feel almost ashamed sometimes that you’re Jewish, like you’re an outsider,” Zohar Nadler said. “Birthright showed me to never say it like it’s a bad thing.

“After going on Birthright, I feel like I can educate people on Judaism and Israel and maybe correct some of the ignorance in our society — or at least attempt to.”