Everyday grit, with dreams of inclusion 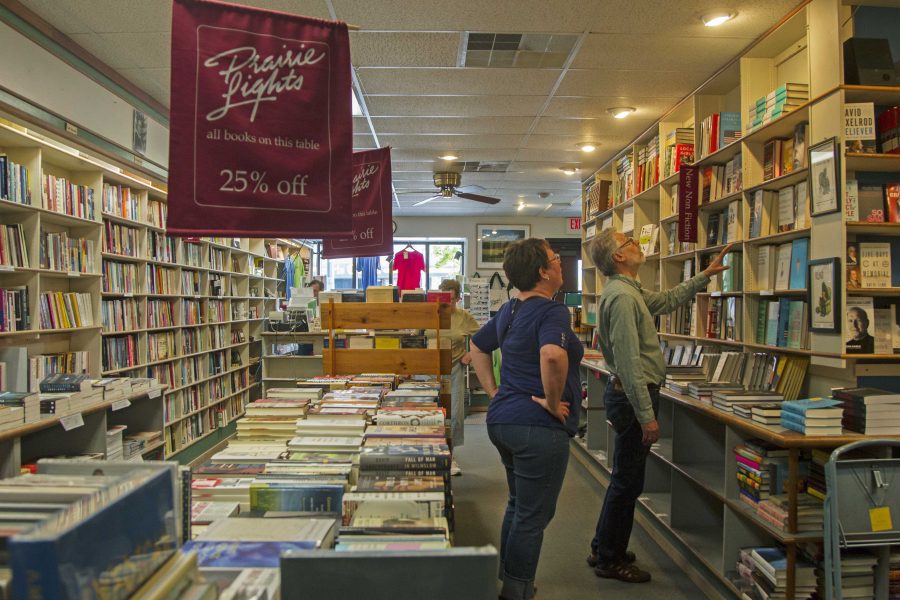 The personal lives of the characters are eclectic: a teacher loses his girlfriend to a UFO suicide cult; a man disappears after helping his father die; an HIV-positive chemist searches for familial reconnection through football.

Writers Tyrone Jaeger, Theodore Wheeler, and Dave Madden each craft searing collections of stories about ordinary people searching for — or accidentally finding — a cause to believe in.

At 2 p.m. July 10, the writers will read excerpts from the fantastical lives of their characters in a “Live from Prairie Lights” presentation, 15 S. Dubuque St.

While the three writers met each other during their time as students at the University of Nebraska-Lincoln, the collections draw on their experiences post-graduation.

The characters in Jaeger’s collection,  So Many True Believers, have a connection, either tangential or direct, to the Nat Mota School for at-risk youth. In writing the stories, he drew from his experience teaching at such a school to explore the tensions and truths bound up in the setting.

“There’s a central core that I have a direct connection with, but the way that I can get it out in the story is by doing something completely different,” Jaeger said. “I can reach the emotional truth quicker if I use something that is elaborately more dreamlike and surreal.”

His stories strive to balance the surreal with a gritty realism as their characters’ lives transport them outside the school’s halls.

“They are folks who are muddling through,” Jaeger said. “They don’t have the best instincts. The stories deal with them and their extreme beliefs in other powers, in some force that they can give their lives to.”

Madden’s collection, If You Need Me I’ll Be Over There, lacking one central location in the same way that Believers has one, instead takes place in various locales across the American Midwest. From the outside, his characters are conspicuously ordinary: a 17-year-old girl, a hotel concierge. Their everyday lives travel familiar routes: They watch cartoons, attend church services.

Churning inside each, though, is a secret; a dissonant memory that irreparably marks them as “different.” Madden explores that outsider status in his stories, spending a considerable amount of time examining humanity’s primal desires for inclusion and belief.

Wheeler, who also works as a reporter covering civil law, takes a different approach to the concept of belief in his début, Bad Faith.

“During work, ‘bad faith’ is a term I report on quite a lot,” he said.  “The conflict comes from not doing their best for other people, which I think seemed to fit with a lot of stories I write.”

Fleeing the stagnation of domestic life, his characters liberate and doom themselves with single decisions. (A father embarks to El Salvador before his third child’s imminent birth; a biracial man travels across the state for his white mother’s funeral.) Unlike Jaeger’s centralized yet stand-alone stories, however, the narratives of Bad Faith are linked together by one unifying character: a dynamic ladies man who leads the reader to a deadly conclusion.

“Bad Faith plays off the idea that everyone makes mistakes, and people will be punished in different ways for the things they do wrong,” Wheeler said. “It’s internal how the consequences of these decisions play out.”