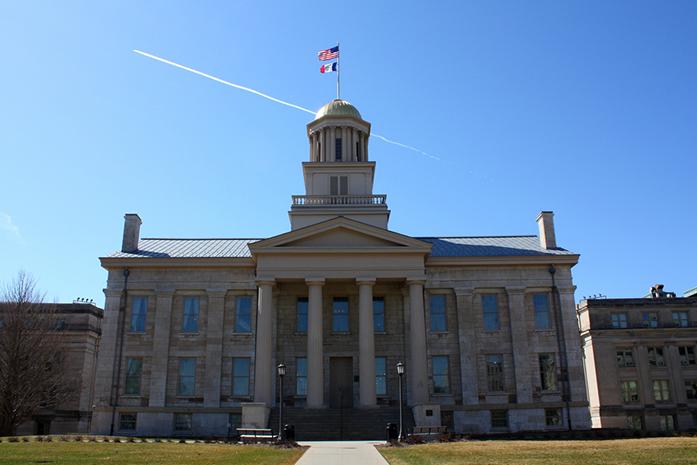 Following the placement of the University of Iowa on a national sanctions list, UI officials say they are not taking the announcement lightly.

The sanction came from the American Association of University Professors in response to the process the state Board of Regents followed in hiring UI President Bruce Harreld. AAUP cannot target the regents, so the sanction was set against the university.

According to the group’s report, the regents acted under political corruption and “blatantly disregarded” the wishes of UI faculty. These findings led to the sanction.

Some UI officials said they worry this action will have a negative effect on the university.

“We will suffer some reputational harm,” Cox said. “Sometimes, a candidate for say a deanship or a faculty position or an administrative position might not want to come to a sanctioned institution.”

One regent official said the sanction was unnecessary.

“The board ran a fair search for president at the University of Iowa,” regent Senior Communications Director Josh Lehman said. “The board disagrees with the AAUP report’s overall characterization of the search process.”

Lehman said the UI presidential hiring process involved “ample” shared governance. In the presidential search, a 21-person committee, with seven UI faculty, narrowed the candidates down to nine and then down to four.

“At that point, it is the Board of Regents that selects the president from the four,” Lehman said.

UI Faculty Senate President Tom Vaughn said in a statement that he also thought the sanction was unjust.

“The Faculty Senate is disappointed that the AAUP has chosen to sanction the University of Iowa for the Board of Regents’ conduct of the presidential search process,” the statement read. “A sanction against the university is both unfair and wholly unjustified.”

In the statement, Vaughn goes on to say that he believes shared governance has not been an issue at the UI following the appointment of Harreld.

“The AAUP’s own report did not contain a single factual finding showing any wrongdoing by anyone at the university,” the statement read. “In fact, the university itself has an exemplary record of shared governance, and this tradition has continued over the past several months under President Harreld.”

Cox said until the regents display willingness to practice more ethical processes in the future, the UI will remain on the AAUP’s list of sanctioned schools. The UI is one of seven institutions on the list.

Cox noted that, among other things, the regents could directly prove that willingness via their process in hiring the next University of Northern Iowa president this fall.

“No decisions have been made regarding the process for the UNI presidential search,” Lehman said. “We want the process to be deliberative, thoughtful, and inclusive to find the best president for UNI.”

Some at the UI said they believe the regents themselves need to take fault, rather than simply improve upon the next presidential search.

Lehman said the AAUP has not contacted the regents since the sanction was put in place, but the regents are “committed to engagement with the faculty.”