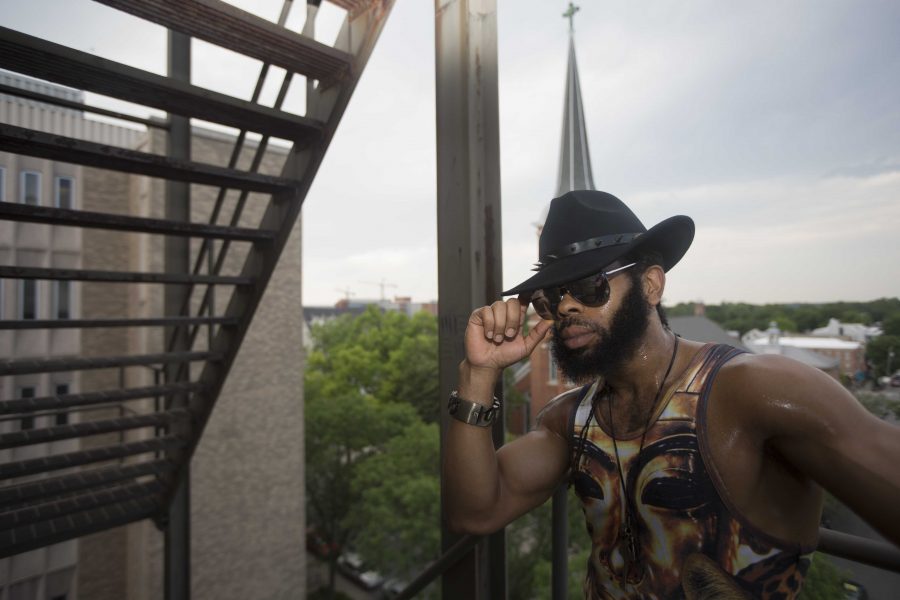 Duane Lee Holland Jr. is no stranger to firsts.

At 17 years old, he launched his professional dance career with the first theater/hip-hop/dance company Rennie Harris Puremovement. In May 2015, he became the first hip-hop artist and choreographer to graduate with an M.F.A. from the University of Iowa Dance Department. And as of last month, Holland is the Boston Conservatory/Berklee’s first full-time faculty member in hip-hop.

“This allows me to establish myself as a scholar and as an artist, but I still exist within a community that isn’t really talked about, let alone acknowledged or celebrated,” Holland said. “When I was growing up, hip-hop was only supposed to last five seconds, so having this opportunity allows me to speak for my elders. The hiring is allowing me to be a part of a lineage; it’s not necessarily about me.”

Not one to sugarcoat his purpose, Holland said he will make certain his students “eat the whole meal and don’t just take pieces of it” when he begins teaching in the fall — the meal being hip-hop culture.

“What I’m going to make sure is that they have each course and that they don’t pick at the courses, like they have been — like they like to pick at the culture,” he said. “You cannot contextualize unless you’ve taken the time out to study the actual facts and fundamentals, but if you don’t and feel like, ‘Oh, I can just take this piece,’ that’s when your ignorance is illuminated.”

Those who know the Pennsylvania native, such as UI English Associate Professor Michael Hill, recognize the wealth Holland has to offer.

“He’s an individual who takes exactly what he knows and the reservoir of knowledge he has about performance dynamics and is a sharer,” Hill said. “He wants to give as much as he possibly can to the performers who are seeking to bring his work to life.”

Finding the best ways to continue being a sharer and beacon for hip-hop practice will test the young artist and choreographer, Hill said.

“I would say that’s the great challenge for him, taking individuals whose conception of [hip-hop] culture may be shallow and attempting to deepen it in a systemic way but also in a patient way,” the Iowa professor said.

Thankfully, Holland’s outstanding reputation as a scholar and teacher earned the conservatory’s support of his vision.

Conservatory Director of the Dance Division Cathy Young wrote in an email that “there is no perception at [the institution] of hip-hop as being on the ‘low end’ of dance. We perceive hip-hop as being an intensely physically rigorous, virtuosic, expressive, and profound movement, language, and dance genre, equally as relevant as any other form we offer.”

Young said Holland’s classes will be “valued and supported in the same way as all other courses in the curriculum.”

Therefore, the conservatory granted its new instructor the freedom to design his studio and academic courses a move Young supports due to Holland’s “depth of expertise, his scholarly work, his excellence as a pedagogue and teacher, his enthusiasm, his wide range of experience, his ability to inspire students, and his ability to collaborate with other artists and faculty members.”

But Holland’s journey, as with so many, didn’t begin where it now stands; hailing from a family of athletes meant that dance only became a priority after several years of gymnastics. Still, years of training and competing in the intense sport did little to abate his love for hip-hop, especially from 1992 to 1996, a period he calls the “highlight years of hip-hop.”

His transition from gymnastic star to hip-hop guru was organic. Ultimately it led him down a road filled with mentors, scholars, and pioneers of hip-hop practice — including Puremovement’s Harris — and a lengthy list of experiences both performing and teaching at universities, in workshops, and with companies across the nation.

In fact, Holland spent the last year as a visiting assistant professor in the UI Dance Department, which, he says, taught him much about hip-hop’s modern use.

“Hip-hop has become such a commodity, but little do people know that hip-hop is the contemporary representation of the African-American and the Latin American,” he said.

Embracing every aspect of hip-hop, as Young said the conservatory/Berklee plans to do, is not an idea woven throughout the world of performance arts.

“At the core is a racialized evaluation system in which you look at Misty Copeland in the world of ballet and why it took so long for her to emerge as a black prima ballerina,” Hill said. “In part, the difficulty of that emergence had less to do with a lagging talent among black ballerinas, but it had a lot to do with how people conceptualized what a ballerina looked like. It’s a similar situation in the context of musical expression, of cultural expression that surrounds black and brown people in this world. If it is produced by black folks, if it is created by black folks, then it’s devalued.”

In the long run, Holland hopes his hiring inspires the conversation of art hierarchy.

“I hope those type of discussions are started and reinforced because [black and brown people] are still looked at as toys, as things that you can have, and not actual human beings,” he said. “And that’s what I want this opportunity to do, for people to see the beauty of who we are as people, not as things. I’m hoping that this opportunity creates real discussion and not politically correct discussion.”

Throughout his journey, Holland has managed to leave his imprint on many, including fellow dancers, choreographers, and friend Alvon Reed.

“Duane never half-asses anything,” Reed said. “If you ask him to do something six different ways, he will give you six different wonderful ways of doing it.”

UI theater Lecturer Carol MacVey called Holland a “tsunami of energy and discipline” who was “a remarkable teacher” for her.

On his off-time, Holland remains a devoted arts consumer with trips to museums, galleries, and jazz lounges. He’s a self-claimed homebody and vegan who occasionally watches documentaries.

But most of his time is invested in his work as an artist and choreographer. On Saturday and June 19, he will host hip-hop workshops at Rivercity Pilates, 1210 Jordan St., North Liberty. On Saturday, he will also perform in an installation called Dis/Unity: Service at 8 p.m. on the second floor of the Deadwood, 6 S. Dubuque St.

He credits much of his success thus far to not only his support system of family, friends, and mentors but also to his resilience.

“I have plenty of friends who say maybe you’re not supposed to dance behind an artist; maybe you’re supposed to be the artist that people come to see,” he said. “Staying true to who I was from the beginning is allowing me to have faith to recognize that I’m supposed to be where I am at this moment.”