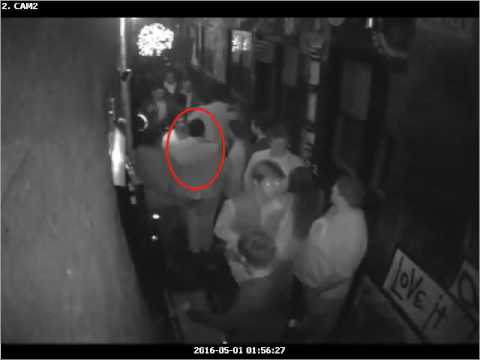 After more than two weeks of tension about a fight involving UI freshman Marcus Owens that was initially believed by many to be racially motivated, the Iowa City police on My 16 released a statement declaring the incident does not qualify as a hate crime.

The report states that the dispute, which occurred late on April 30 outside the Eden Lounge, 217 Iowa Ave., initially stemmed from a disagreement among members of two fraternities, Kappa Sigma and Pi Kappa Alpha.

Owens is reportedly to be a Pi Kappa Alpha pledge.

After reviewing security footage from in and outside of Eden, the police reporedly found that the dispute was not an isolated incident, as Owens had claimed, and that many facts from Owens’s initial report did not line up.

The footage in question has been republished here, courtesy of City Channel 4.

Upon concluding the investigation, Owens and his family released a statement acknowledging that Owens’s initial report was inconsistent with police findings and that rather than being racially charged, the incident was due to “excessive underage drinking and extremely poor judgment on the part of many people, Marcus included.”

To ensure the findings of their final report were accurate, and after falling under scrutiny for their initial handling of the event, the police submitted the investigation to both the Johnson County Attorney’s Office and the FBI for review.

These agencies confirmed the conclusion that, although a racial slur was used at one point during the altercations, the event did not meet the criteria for a hate crime.

The Daily Iowan previously reported that the Owens incident caused initial outrage because of the University of Iowa’s lack of public response until May 4, when the UI acknowledged the incident on Twitter before issuing an official campuswide crime alert.

In their letter, Owens and his family offered their apologies to the UI community for the uproar that ensued following the events of April 30, and they thanked the university, UI President Bruce Harreld, and the Iowa City police for their “attention, sensitivity, [and] diligence” in investigating the matter.

This is a developing story.