UI REACH reaches out for support 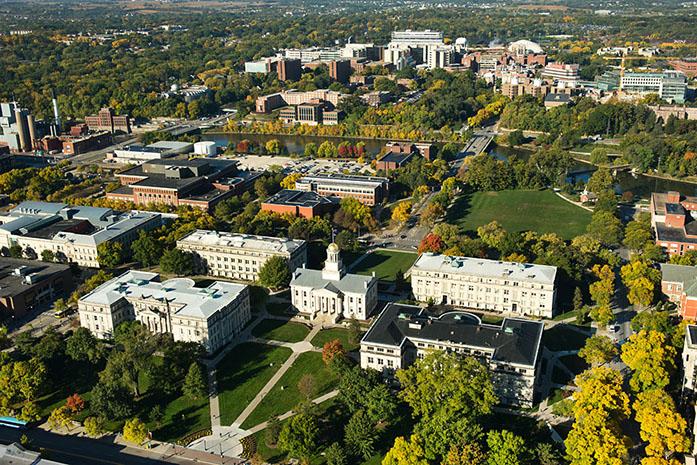 After a grant to provide scholarships for students with numerous intellectual, cognitive, and learning disabilities ran out, a University of Iowa program has reached out to the Iowa City community for support.

UI REACH, established in 2008, is a two-year program intended for students around the country with multiple intellectual, cognitive, and learning disabilities. The program provides students with an authentic college experience while providing assistance to help them become independent and active members of the community.

“We’re having this fundraiser for friend-raising as well as fundraising,” Ries said “We want to make sure people in the community are aware of the REACH program, and there’s also a growing need for scholarships so more students can attend the program.”

“We had some scholarship funds when the program started, but we’ve been dwindling those down so now we need to start rebuilding that scholarship fund,” she said. “For some of these students a scholarship means being able to come to a program like this or not.”

Michael Petkewec, educational support services assistant at REACH, said in the circle of special needs education the program is well-known nationally, but in the Iowa City community, it’s not widely known.

“The program is 8 years old now, it’s highly ranked nationally, and it’s time to have friends within the community and raise money,” he said.

There’s no financial aid available for REACH students such as federally insured loans, which means there’s a great need for a scholarship fund for REACH families because otherwise they would have to pay out of pocket, Petkewec said.

“There are students who can’t even think about applying to college so through scholarships, we may be able to reach out to students who would not be able to come otherwise,” he said.

Petkewec said the goal for the fundraiser is anywhere between $10,000 to $25,000 through sponsorships within the Iowa City community and various in-kind donations.

For some, this fundraiser is about showcasing the potential of REACH students after they leave the program.

Jeff Ulfert, whose son Joshua graduated from REACH three years ago, has seen firsthand how the program helped his son gain more self-confidence and the ability to advocate for himself.