UI housing to burst at seams 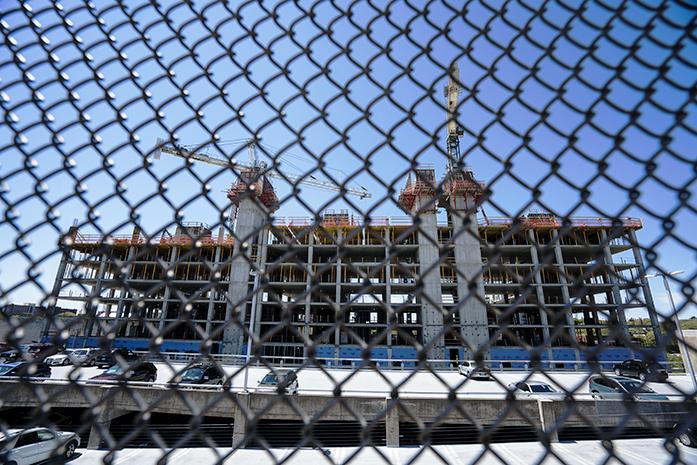 The official enrollment numbers for next year’s incoming class have yet to be completed, but one thing is certain — on-campus housing will be stretched to its maximum capacity and almost 300 first-year students will be placed in “expanded” housing.

University of Iowa Housing & Dining officials say they are busy preparing for the largest incoming class in the school’s history.

“Obviously, we have a record number of housing applications this time around, so we’re anticipating that we’re going to be tight for space,” said Von Stange, the UI assistant vice president for Student Life. “We’ve anticipated that through more triple rooms in residence halls, we leased another property for returning students, and we plan on placing a lot of students in ‘expanded’ housing.”

Along with record enrollment numbers, the on-campus housing shortage is due to the scheduled demolish of Quadrangle in a few weeks, which will result in the loss of 358 beds. The construction of the new Madison Street dorm will not be finished until the 2017-18 academic year.

For next year, almost 300 first-year students will be placed in expanded housing in Daum, Stanley, Slater, and Rienow, said Virginia Ibrahim-Olin, the assistant director for assignments and contracts.

Expanded housing are study lounges that are converted into large bedrooms, where eight or fewer students will be placed.

“At this point in time, we plan on using every expanded housing space that we have,” Stange said.

Ibrahim-Olin said some incoming freshmen have actually requested to live in expanded housing.

“I think students are interested in it for a couple of reasons,” she said. “One, because of the cost, two, because they may have submitted their housing application later, and they want to try to live with some friends in expanded housing if they can.”

Ibrahim-Olin said incoming freshmen that submitted their housing applications by the January deadline will get to choose their rooms just as in previous years.

She said students selecting their housing can expect to have more triple options available in Daum, Stanley, and Burge, which have larger rooms.

“Over the years, we’ve been able to just use two people, but for next year, those buildings are being returned to their original state, so there will be three in a room,” she said.

To create more space for the large freshman class, Housing & Dining has been sending emails to current students who are planning on returning to on-campus housing next year. The emails offer students a chance to opt out of their room contracts with no fees or penalties.

For the past three years, Stange said, these emails have been sent to students with housing agreements so they don’t feel bound by their contracts.

“It’s one of the easy strategies for us to create more space for first-year students,” he said.

Ibrahim-Olin said there were more than 450 current students on the waiting list to return to the residence halls next year, but many left for off-campus housing upon hearing they were waitlisted or finding out the residence hall they wanted was full.

“We were able to offer rooms to nearly 400, the extra students pulled themselves off the waitlist before we started offering rooms,” she said. “One hundred thirty students wound up accepting the offer to return to the halls.”

“Fortunately we’ve gone through the entire waiting list now, which is the reason we’re offering more students the chance to move off-campus,” he said.

While housing officials say they are committed to giving students the best first-year experience they can, concerns remain about what will happen when those students move off-campus.

Thomas wrote in an email to The Daily Iowan that the city has budgeted for a housing-market analysis to gain a better understanding of supply and demand and is exploring additional student housing types, such as micro-housing and congregate housing to prepare for increased housing demand in the future.