The Daily Iowan • May 5, 2016 • https://dailyiowan.com/2016/05/05/undergraduate-dance-students-to-perform-original-works-in-spaceplace-theater-this-weekend/ 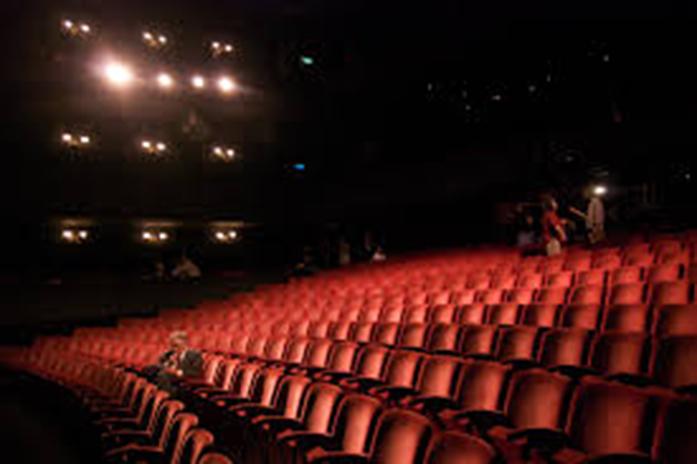 After a school year working on professors’ prerogatives, dance majors are taking over, performing their own pieces in an annual showcase. The Undergrad Dance Concert will open at Space/Place Theater in North Hall at 8 p.m. Thursday.

All 10 pieces in the show are choreographed and performed by undergraduate dance majors. Opting to create work independent from the classroom, UI seniors Malinda Baty and Celina LaBat will show their joint-choreographed work “Karmic Emanations.”

“We got the idea for the piece because when we started generating movement, a lot of it ended up being very circular and so we thought ‘what goes around comes around,’” LaBat said. “It focuses on the idea of weaving in and out of movement as well as going back to common themes or motifs like the idea of karma.”

Speaking on karma, Baty said people can find themselves going through cycles, returning to the same things, whether good or bad.

“This theme can be seen throughout the piece, in that Celina and I have a very touch and go type relationship in the dancing; being independent in our personalities and dancing, coming together, separating again and because of that, it’s a pretty emotional work for us,” she said. “Celina and I are pretty similar dancers and value physicality of movement, so we wanted to display our most genuine way of dancing as our last performance at the university.”

Baty said the process of choreographing goes far deeper than just dancing, as it includes outside elements like lighting, costumes, use of the stage, and music.

“What’s nice about this concert is that undergrads get to display their original choreography, and we receive the spotlight rather than the graduate students or the faculty as a way to close out the year,” she said. “And with that, [choreographers] often utilize other undergraduate dancers in their work, giving them the opportunity to perform.”

Capitalizing on the opportunity, senior Emily McElwain decided to tell the story of her best friend, born in the Pakistani village of Aboud, in a contemporary-modern piece titled, “’I carry my home with me always.’ (Palestine).”

“This piece is dedicated to and was inspired by my dear friend Munira Saleh-Rupert,” McElwain said. “I wanted to focus on her perspective of Palestine when she grew up there, as far as her memories of Palestine and her experiences with the conflicts in the Middle East, how she sees Palestine now and how it’s changed.

“Also, just try to set up this environment of… distance. She’s been my best friend since I was seven years old, and used to live right next door to each other. She would always tell me her stories over tea. Now I’m kind of exploring how I can keep communicating with her with this distance between us. Also, [the piece explores] the distance between her and her home in Palestine.”

McElwain said she’s most excited to perform her own work with fellow students and help perform theirs, and that the process really helps the dancers find their own voices in choreography.

“Choreography isn’t for everyone, but it’s nice to be able to experiment with what we enjoy doing,” Baty said. “Being able to showcase choreography in this concert can expose a side of us as dancers that involves making dance, rather than just being a part of it.”