Buckeyes’ baseball, by the numbers 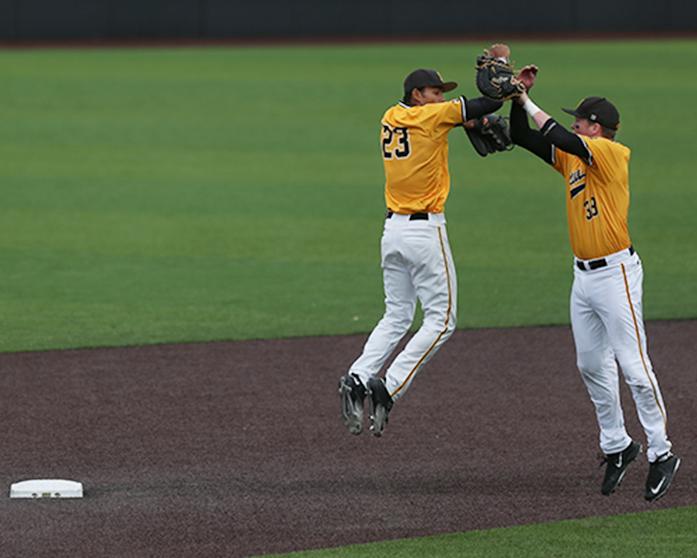 With another nonconference midweek victory in the books, the Hawkeye baseball team (21-21) now shifts its focus to a three-game weekend series with the Ohio State Buckeyes (28-15-1) this weekend in Columbus.

The series has crucial implications, with Ohio State holding the eighth spot in the Big Ten Standings (8-7 Big Ten record). Iowa sits at 10th with a 7-8 mark in league play. Only the top-eight teams in the conference are eligible to play in the Big Ten Tournament in Omaha, May 25-29.

Taking at least two victories in Columbus this weekend is the goal for head coach Rick Heller’s Hawks. A series sweep would boost the team’s tournament chances drastically. Ahead of perhaps the most important series of Iowa’s season, here’s a look at Ohio State’s numbers so far.

The Buckeyes haven’t exactly been a dominant force at the plate this season, with just two players eclipsing the .300 mark at this point. Senior infielder Nick Sergakis leads the team with an impressive .368 average, but after that, the drop-off is evident.

Weekend starters on the mound for the Hawkeyes have a chance to limit the already cool Buckeyes — Ohio State dropped a midweek game to Alabama-Birmingham on Tuesday — to another icy performance in Columbus this weekend.

The Buckeyes have bested their competition on the mound in 2016. Three Ohio State hurlers have ERAs lower than 2.00, led by Daulton Mosbarger with a 1.53 mark in nine appearances.

After that, Seth Kinker possesses a 1.86 ERA, and Michael Horejsei boasts a 1.89 mark. Buckeye pitchers hold opponents to just a .245 average from the plate this season, and with the Hawkeyes having just recently overcome some offensive struggles, the Buckeyes and Hawks could pair up very evenly at Davis Stadium.

Much like the Hawkeyes, Ohio State defends its home turf very successfully. The .833 win percentage at Davis Stadium means the Buckeyes will have Iowa on the ropes before first pitch on Friday night.

The impressive home-field advantage won’t be the only challenge facing the Hawks at Ohio State. Iowa is a concerning 3-12 in true road contests in 2016, having beaten Southern Illinois on March 5, Minnesota on April 3, and Indiana on April 17. Iowa will need to come out of the dugout ready to play from the get-go; otherwise, this weekend could be a long one for Heller’s team.

While the number is identical to the Buckeyes’ opponents this season, the 54 errors are far more than the Hawkeyes have at this point in the season. The Iowa defense has committed just 36 errors on the year.

That said, it appears the Hawks could be in position to take advantage of a few free bases that the Buckeyes will give them. As Iowa has seen many times throughout the season, every base matters. When it comes to this pivotal series with Ohio State, that’s potentially truer than ever.

First pitch for the series opener Friday night is set for 5:35 p.m.