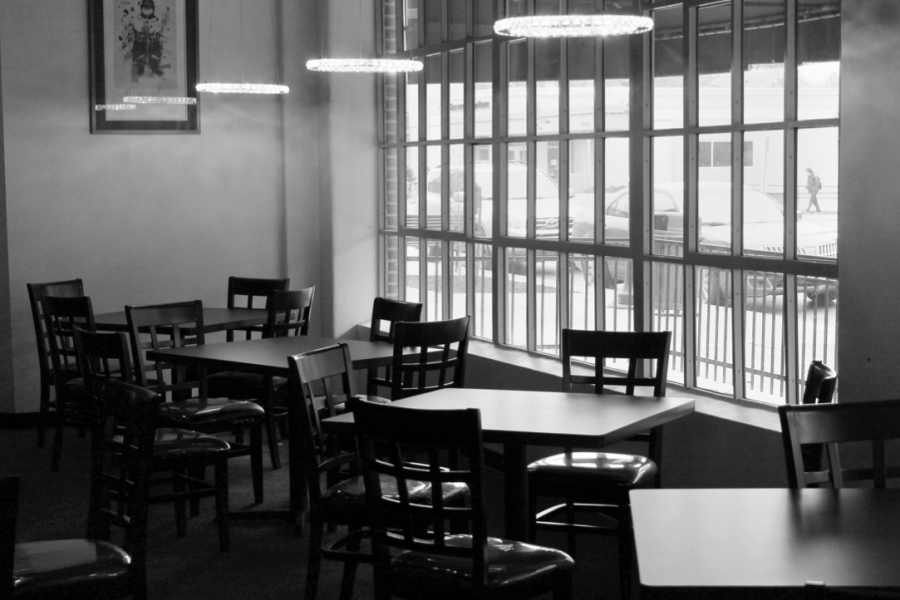 With the tap of an iPad, Iowa City residents can start to see changes in their restaurant options.

Bashu, a new Chinese restaurant, 121 N. Linn St., has a new way of ordering and paying for food — through technology.

Customers have the option to order and pay for through food on iPads, which Iowa City retail officials say is becoming a more popular option. The restaurant first opened its doors to the public in late March, though a full menu has recently been introduced.

“Students like new stuff,” owner Cheng Zhang said. “If I were a student here, I would rather sit down and be able to play with an iPad than order from a traditional menu.”

Zhang said the method is popular in China, so he was excited to see the availability from his bank when he opened up the shop, which cooks traditional Chinese cuisine.

He said the method saves paper, time, and, ultimately, money. While Chinese students studying in Iowa City are often used to this type of payment if they have lived in China, American students can be initially curious, Zhang said.

“Sometimes [Americans] have a reaction that’s like, ‘What’s this?’ Some people think it’s pretty interesting,” he said. “I’ve never had had anyone who wants the paper menu instead.”

Nate Kaeding, the Downtown District retail development director, said the method is becoming more common, but many residents still prefer to order from a physical menu.

“Different restaurants have different takes,” he said. “It’s a more efficient method, but some residents have a visceral view of having a real menu.

“It’s all about the type of experience the restaurant wants to have for its customers.”

He also said implementing technology into the restaurant business is also a good way to track aggregate data, such as what food is getting ordered most.

“They might have gotten a cheeseburger, but they also might have looked at a chicken-salad option first,” he said. “You see a lot of customers looking over their shoulder to see what other people got.”

Zhang said he hopes to add photos to the menu soon, and he is working with his bank to work out the details. This is another benefit to the way of ordering, he said.

“It’s all about the type of experience the restaurant wants to have for their customers,” Kaeding said.

For many customers, like those from China, the advent of the iPad makes Iowa City feel a little more like home.

“Chinese students are somewhat of a small group on campus,” said Jack Wei, who had lunch at Bashu on Wednesday. “It’s really convenient. The program shows the favorite options, and you can also choose what you like specifically.”

Kaeding said he wouldn’t be surprised if at some point more technological ways of ordering and paying for food became popular in Iowa City.