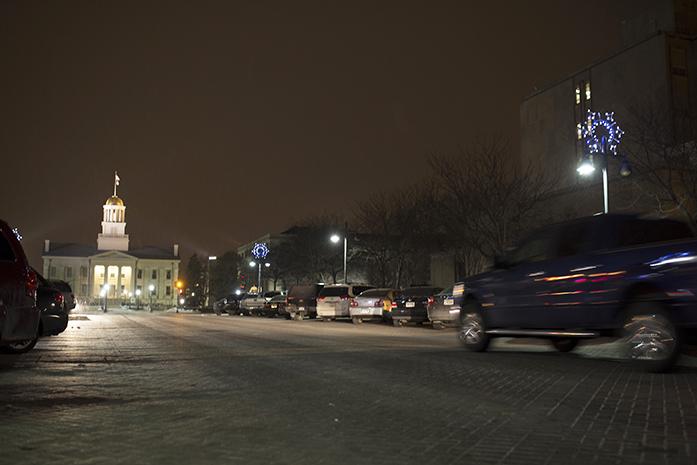 Uber was finally approved by the Iowa City City Council after a year-and-a-half long effort to bring the popular ride-sharing business to town.

In its third and final vote, the City Council passed an amendment to the city’s Title 5 ordinance, 6-1, creating a new chapter regulating and setting the requirements for obtaining a Transportation Network Company license. The amendment would allow Uber to operate in the city. Councilor Pauline Taylor voted against the ordinance.

There’s still no official date for when Uber will start business in Iowa City, because the company will have to apply for a Transportation Network Company license before it will be allowed to operate.

Taylor said though she understands the convenience and the low cost of Uber, convenience isn’t always the No. 1 priority.

“I still believe Uber should have the same rules and regulations as taxi cabs,” she said. “I think Uber is trying to bully us into following its rules. I do hope the taxi companies take this as a wake-up call and do what they can to improve their service.”

This vote comes over one year after the council — which had four different councilors than the current council — set regulations that required drivers to get identification cards from the city and keep them posted in vehicles. But with a new set of councilors and noticeable support from the student population, the ordinance has been amended, though not all are pleased.

Roger Bradley, the manager of Yellow Cab, said he understands there’s a popular demand for Uber, but he takes issue with the company.

“It’s like Uber is holding a gun to their head,” he said, referring to the way Uber has communicated with the City Council. “Just because something is popular, it doesn’t mean it’s right. We’re still finding out information how other states and towns are going back and redoing their Uber ordinances because some things don’t work.”

“All of the students [at the meeting] do support Uber,” she said. “We think it’s awesome, and it will affect over 30,000 college students and offer job opportunities and affordable ways to get around and get home safely at night.”

City Councilor Kingsley Botchway said he supports the ordinance and did not like how Iowa City community members overlooked the student population during discussions.

“The students should be considered,” he said. “They’re residents of Iowa City. I will be supportive of this ordinance. I’m not saying there aren’t things we may need to change, but ordinances get changed all the time. If we see there’s a problem, I feel very comfortable being able to make a change.”

Councilor Susan Mims said she thinks there are a lot of issues with Uber, as represented by various lawsuits across the country, but she supports the ordinance because its popularity in the community.

She said she’s also comfortable with the ordinance because adjustments will be made in the next few weeks with cab companies.

“I don’t like the idea that we’re being pressured to adopt an ordinance, but we are elected to represent the city,” she said. “It’s not even just students who want this. Young professionals have voiced their support for this. Nate Kaeding came in and voiced his support before. These people will use this service to get around town or to and from the airport.”