1st ever Trans Week kicks off 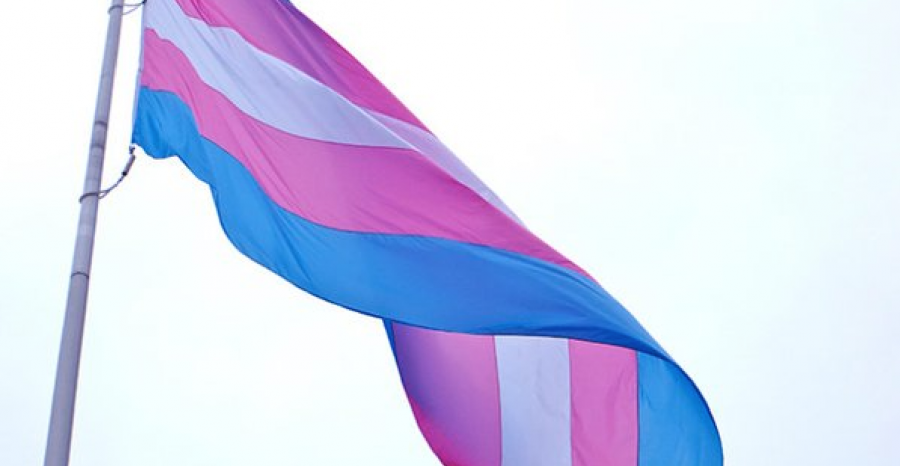 The first-ever Trans Alliance Week of Action kicks off this week.

The week is dedicated to raising awareness about trans issues and educating students on how to take action and become allies to the trans community said Sean Finn, the president of the University of Iowa Trans Alliance.

“The week of action is to educate people on what they can do to improve the rights and culture for the trans community,” he said. 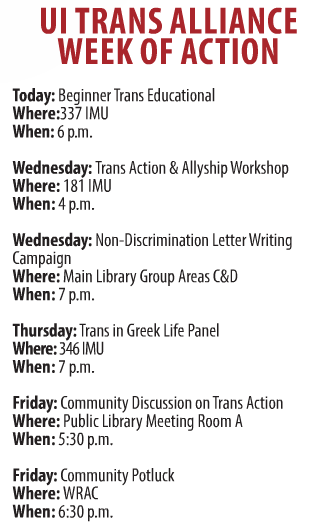 Jeremy Vogel, the webmaster and future head of Spectrum UI, said it works closely with Trans Alliance on LGBTQ issues on campus and that it’s especially important to have a week of action with the current political climate regarding transgender issues.

Laws passed recently in Mississippi, North Carolina, and a number of other states have been called discriminatory by LGBTQ activists.

“Even though you may not be transgender, there’s probably some part of your identity someone somewhere has looked down on at one point,” Vogel said. “We need to be in a position where we’re building allies with as many people as we can, so we can live in a world where we can be who we are without any judgment.”

Kendra Malone, the UI Trans Alliance adviser, said the Alliance is open to all gender identities and its main focus is to build a community around what it means to have a diverse gender identity on campus.

“There are a variety of ways people experience their identities,” she said. “As an institution that strives to celebrate diverse identities and pull upon how those identities contribute to a productive, working, learning, and research environment — it’s imperative we have groups that support folks with diverse gender identities on campus as our mission to be supportive and inclusive to everyone.”

Malone said she hopes after the week of action, students will be able to takeaway the importance of understanding and celebrating unique identities.

“It’s our role as those who identify as cisgender to be active allies in making our campus inclusive for transgender and gender non-conforming communities,” she said.

Cisgender is the term for people who identify with the gender they were assigned at birth.

Malone said the UI has had a lot of strides within the transgender community with initiatives such as students being able to disclose their gender identity and sexual orientation as LGBQ on the admission form, and having conversations about creating more gender inclusive restrooms on campus.

“There are a lot of strengths at the University of Iowa, but like any institution across the nation, there’s always room for improvement,” she said.