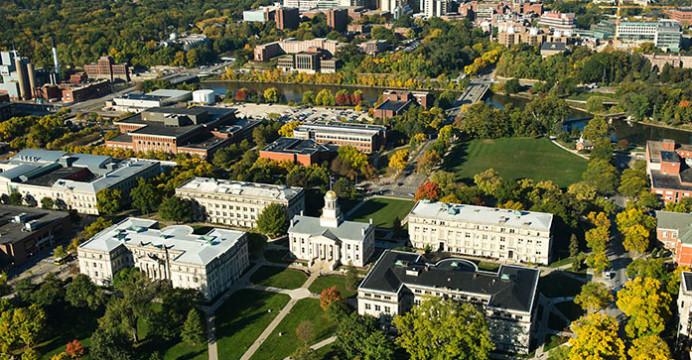 The state Board of Regents is disappointed by lack of legislative funding.

Tuition hikes at Iowa’s three Board of Regents’ universities look unavoidable after state lawmakers approved a spending plan significantly smaller than requested by the regents.

On Thursday, the Iowa Senate subcommittee for education appropriations agreed to allot $6.3 million in increased funding for the University of Iowa, Iowa State University, and the University of Northern Iowa. The amount falls far short of the $8 million to $20 million asked for by the regents.

“The board understands that this was a particularly challenging year, with limited funds available,” said Regent President Bruce Rastetter in a statement in wake of the decision. “However, we are very disappointed the proposed funding to the public universities was well below the board’s request.”

The subcommittee agreed to give an additional $1.3 million to UI, while ISU and UNI will receive $2.218 million and $2.781 million, respectively.

Because of the lower amounts, the regents now plan to immediately start discussions regarding tuition increases at the three state universities for this fall, according to the release.

The decrease in funding will also cause tuition hikes at Iowa State and Northern Iowa.

“The board’s goal was to be able to freeze tuition if we received state appropriations as requested,” Rastetter said.

The spending plan will next go under the review of the Senate Appropriations Committee. The plan must still be approved by both the Senate and House before being signed by Gov. Terry Branstad.

Nonetheless, the regents are concerned.

“Making sure Iowa students and families can afford to attend Iowa’s public universities needs to be more of a priority for the Legislature,” Rastetter said. “Investing now protects Iowa’s future.”

“The budget for the universities from the state Legislature is woefully inadequate, and the problem is the legislature and Gov. Branstad have gotten carried away with tax cuts for businesses,” he said.

Hogg blamed the tax cuts for commercial property taxes in 2013 for the lack of funding for education, public safety, mental health, and water management in Iowa.

“That cost the state treasury $4 billion over 10 years,” he said. “Without legislators willing to correct the excessive tax cuts of the past … Whatever we end up doing is going to be inadequate.”

The DI could not reach Senate education appropriations subcommittee member Sen. Tim Kraayenbrink, R-Fort Dodge, by press time. Sen. Amy Sinclair, R-Allerton, the only other Republican member of the subcommittee, declined to comment.