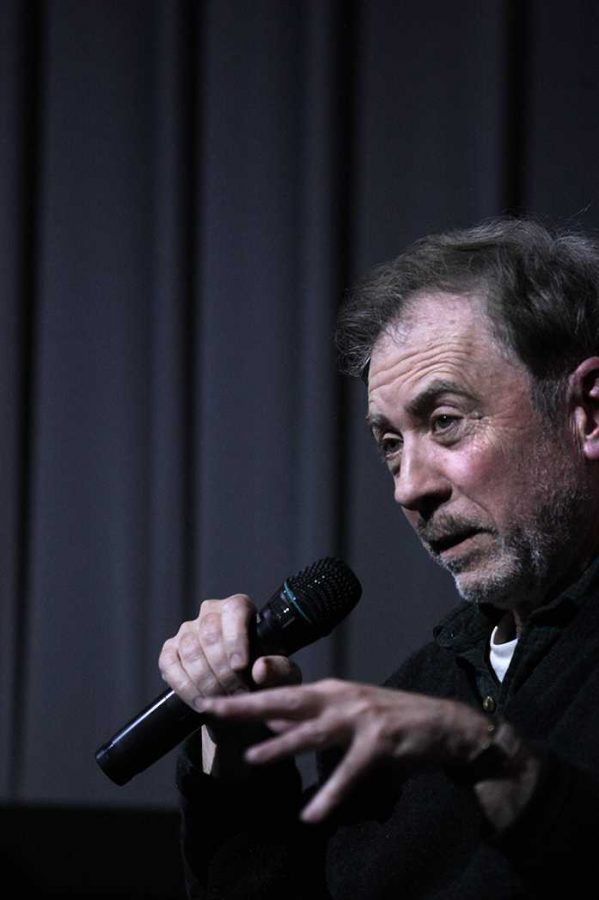 The Daily Iowan had the opportunity to interview Zwigoff via email, printed here as a supplement to the director’s talk at FilmScene.

Daily Iowan: It is rare for contemporary directors to be able to work successfully in a variety of genres, but this is something you seem to manage extremely well. Can you talk a little bit about style and how you manage to leave your artistic fingerprint on all of your projects, be they documentaries, dramas, or comedies?

Terry Zwigoff: I don’t think about a style; I trust it will come through if I’m any good. I mean, my thinking is, you have to put yourself into your films to make them any good to begin with. I can’t take on a film just as a way to, say, practice my craft. I tried that once. I took the job of directing Bad Santa, thinking that this was a funny script, but it wasn’t all that personal to me. But I thought why not use the opportunity to learn more about working with actors, casting, lenses, blocking, staging, using music.

So I took the job, but then the Coen brothers asked me to do a re-write on the script. And after I did that, it had a little bit more of me in there. And then we started casting, and after I cast it, it became even more personal to me. And all the way down the line — getting performances the way I liked them, editing, etc. — all the myriad decisions you have to make every day when you direct. “Do you like this shirt for John Ritter or this other one?” “Do you want the camera to dolly or pan or zoom here?”

DI: Can you talk a little bit about your early days as a filmmaker, and how your fascination with Howard Armstrong led you to make Louie Bluie?

Zwigoff: I wasn’t a filmmaker but was interested in old music of the ’20s and ’30s and collected 78s. I found a 1934 recording by a “Louie Bluie.” I guess I was the perfect audience for it since I played mandolin and was especially interested in ragtime. There was very little of this sort of thing recorded in the ’20s/’30s, and the fact this guy was playing a rag on the mandolin really got my interest.

So I listened to it, loved it, and after a few weeks tried my hand at playing it. I slowed the record down so I could more easily learn it. And I came to appreciate it even more after I tried to play it. I got down all the notes, but it didn’t sound like much. And this record began to take on a mystique for me after that. And I came to eventually learn that it was only one of two existing copies.

No other collectors knew who “Louie Bluie” was. I became somewhat obsessed by this record. I assumed whoever it was, was now dead, since this record was recorded half a century before. But I was determined to at least try to write a magazine article about this mysterious “Louie Bluie,” and I set out trying to find out who he was. After two years of detective work, I found him alive and well, living in Detroit. And after I flew out and met him, I realized that he was one of the great artists of our time, someone whose story just had to be told. And I was the one person on Earth who was in the position to happen to know just how important an artist he was, and so the responsibility fell to me to make the world more aware of him. I realized it was going to take a film to do that.

DI: Critics tend to regard Crumb as one of the best documentaries of all time, but the film was famously snubbed at the Academy Awards, causing an outcry and a consequential large-scale reformatting of the academy’s selection process for documentaries. How, personally, do you view the role of critics in the film industry?

Zwigoff: I think they play a crucial role. They oftentimes help me to appreciate things in other films I may have missed. I remember when Crumb was first finished, I couldn’t find a film festival that would even take the thing to show for free. It wasn’t until [critics] Gene Siskel and Roger Ebert sort of discovered it months later. And they devoted four or five of their TV shows to talking about it and encouraging people to go see it. With the help of their tireless work and eventually that of many other film critics, it eventually got out there. But you have no idea how close it was to never being seen outside of my living room. Same thing with Ghost World to some extent. Initial audiences hated both.

(Years ago, I got in the habit of reading Roger Ebert’s film reviews after I’d watched a film. I’d come home and Google what he had to say about it before I talked about it with anyone else, usually. I always gained a lot out of that even though oftentimes I didn’t exactly agree with his analysis. I miss the guy.)

DI: What are you working on right now, and when could we next expect the release from you?

Zwigoff: A couple things — I don’t like to talk about it until it’s happening for certain. Had many things fall through for various reasons over the years.

DI: On a broader note: you’ve been working as a filmmaker for nearly 30 years now and have surely experienced many waves of changes in the industry. What is your take on the current state of art house cinema, and how do you see it evolving in the coming years?