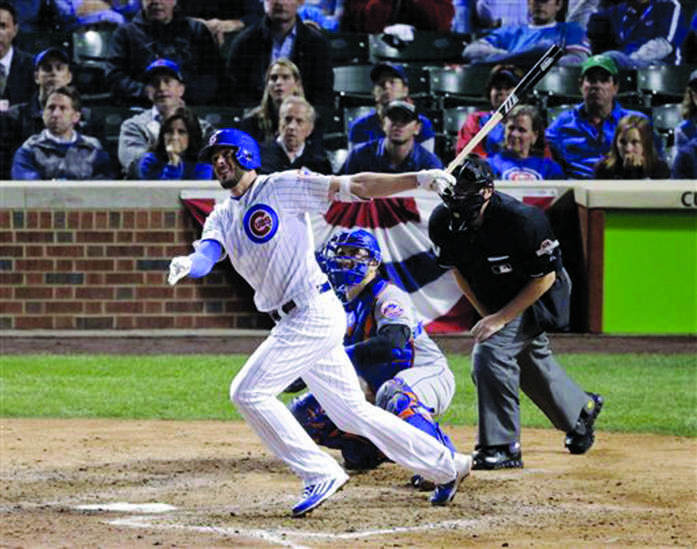 This is, for me, the best week of the year. If you didn’t know, this week is the first of the Major League Baseball regular season, which means that just this past Monday was Opening Day; something that, I believe, deserves to be a national holiday.

In my 21 years, I’ve seen the rapid rise of football to the de facto “favorite sport in America” and the simultaneous unseating of baseball from that position.

Each year, the Harris Poll asks Americans, “If you had to choose, which ONE of these sports would you say is your favorite?” In 1985, the first data from the poll, baseball and football were neck and neck, football with 24 percent of the vote and baseball with 23 percent. In the latest poll, however, football was selected by a whopping 33 percent of respondents and baseball was selected by a mere 15 percent (albeit, still in second place).

America’s one true pastime, baseball, used to also hold the crown of the country’s favorite sport, but it now seems to have taken a back seat to the brazen, hard-hitting, chest-pounding sport of football. Don’t get me wrong, I love football at every level, but there’s something about the sport that, to me, places it in a class of its own. In fact, it isn’t just one thing that separates baseball from the pack but several things.

First of all, for more than 100 years, baseball has been a microcosm of American culture and society. From Jackie Robinson’s first season as a Dodger in 1947 to the drug-abusing years of the ’90s to the increased proliferation of Latino players in the league, baseball has kept pace with the rest of the country. As American culture and the face of our country has shifted and changed, so, too, has baseball to represent the more diverse and dynamic nature of our society. While other sports have changed with the times, none have been as quick or as prophetic as baseball.

RELATED: The rise of earned media

But possibly even more important than that; baseball is and always will be a child’s game played by grown men. The games we see on WGN and ESPN are grownup versions of little boys in their backyards hitting tennis balls with yellow whiffle ball bats. Things are different, of course, but the smile that comes across my face as I watch a game on TV is the same smile that came across my face in my own back yard as I watched that tennis ball go flying past my friends’ gloves,

Of course there are young boys and girls around the country dreaming of stepping onto the football field, the basketball court, and others. But the majesty of a baseball game is in the experience. It’s pleasant, it’s comforting, and it’s visceral.

And despite not having a major-league team, Iowa’s baseball ties run deep, too. You needn’t look further than the most famous baseball movie of all time: Field of Dreams.

“Is this heaven?” asks Ray’s father.

Those are the lines that everybody knows. But the moment continues and becomes even more poignant.

Ray asks, “Is there a heaven?”

To which his father responds, “Oh, yeah. It’s the place where dreams come true.”

Ray looks around at his wife and daughter on the porche and says, “Maybe this is heaven.”
That’s what baseball is to me. A dream. A momentary lapse in daily hardships. A fleeting instant of pure bliss when the world stops around you so you might better enjoy life. If baseball isn’t heaven on earth, then I guess I don’t know what is.