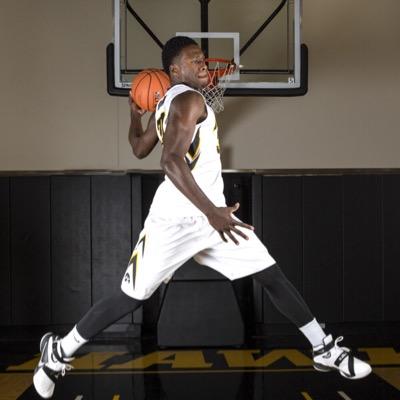 The Iowa basketball program announced late Wednesday afternoon that freshman Brandon Hutton will transfer to another school in the 2016-17 season.

Hutton, a forward from De La Salle in Chicago, was redshirted by Fran McCaffery in 2015-16 and remained on the bench for length of the season.

“Brandon is a terrific individual who remained positive and worked on his game all season long,” McCaffery said. “He is a versatile player who is ultra-competitive, and we wish nothing but the best for Brandon moving forward. My staff and I will do whatever we can to help Brandon during this transition.”

Listed as a 6-5 forward, Hutton said that while enjoyed his time with the Hawkeyes, he felt it was time to part ways.

“I would like to thank Coach McCaffery and staff for this past year,” Hutton said. “Even though I redshirted and did not play in games, my coaches and teammates helped me grow as a basketball player in practices. With that said, I feel like it is in my best interests to pursue an expanded role at another institution.”

Fellow freshman forward Ahmad Wagner was a key component for McCaffery off the bench, and he likely stood to take up a lot of what would otherwise have been Hutton’s future minutes.

One other player who came on strong in 2015-16, Nicholas Baer, was not only another likely reason for Hutton’s seeking a larger role, he could stand to benefit from his departure.

Baer, a walk-on redshirt freshman, impressed fans and his coaches with his heady play and hustle on the court, and many of his teammates insisted that he would have a scholarship by the time he was a senior.

That time may come sooner than they expected, as Hutton’s release opens up his scholarship. The Hawkeyes could use it for a recruit or junior-college transfer, but it seems highly likely that Baer will be the recipient.

Regardless, Iowa and Hutton certainly do not seem to have parted in a bad way.