New group reaches out to raptors 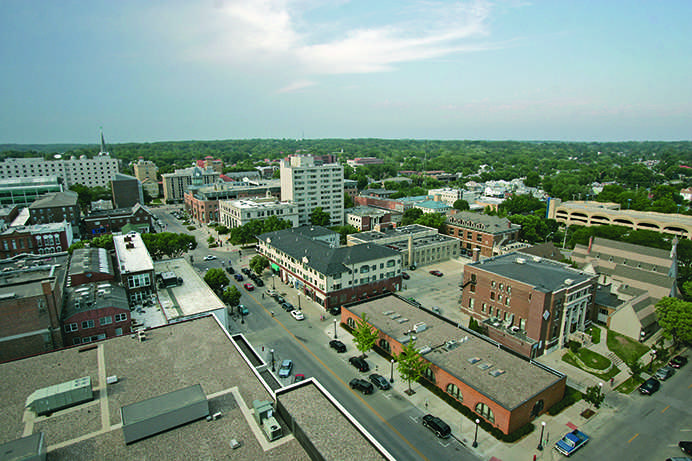 Raptor Advocacy, Rehabilitation, and Education is a new recovery center for injured raptors in eastern Iowa and western Illinois.

Based in Iowa City, the group is constructed entirely of volunteers, including those who have had years of experience with wildlife rehabilitation, raptor education, and veterinary care.

It opened its doors in November 2015, and the months preceding the start of the program have been a very successful kickoff for the organization.

Luke Hart, the executive director and cofounder of the group, said the strong network of dedicated volunteers, rehabbers, and caretakers is what has made it so effective.

“It’s definitely a group effort; all of us have to come together with our different experiences and backgrounds in order to make it all work,” Hart said. “Having a facility run by people who really care for animals has made it a really good experience.”

Mary Bulger, a volunteer and a naturalist for Linn County Conservation Board, said she decided to get involved with the group because she wanted to continue working with raptors.

“When I was going to college, I gained experience with the Macbride Raptor Project and the rehabilitation program it had,” Bulger said. “I really loved working with the birds, and when [the new raptor group] started up, I thought it would be a good opportunity to get involved with that line of work again.”

Hart was once the interim director of Macbride Raptor Project, but when it altered its program, he decided to withdraw and start up the new group.

“There was a change in leadership at [Macbride] that led the project to no longer include rehabilitation,” he said. “We believe that rehabilitation of wounded birds is just as important as education and research.”

Hart said that with Macbride no longer healing wounded raptors, there was no place for avian recovery in the area. Hart wanted to fill that gap by making the new raptor group rehabilitation focused, though members want to reach out to the community and provide education, just as Macbride does.

“The main difference between Macbride Raptor Project and [the new group] is that anyone can give us a call about an injured raptor, and we’ll be able to take care of it,” Hart said. “We’re also 100 percent donation- and volunteer-based; everything we get goes right back to the birds.”

Bulger said her time with the group has aided her in other aspects of her life.

“My career is in environmental education, and working with birds have helped me with that,” she said. “I take the things I learn at [the group] and bring them back to my job.”

Keely Lanaghan, a senior at Central College who volunteers for the group, said the rehab and raptor education provided by the center is what she enjoys the most about being part of the organization.

“Being able to see a variety of different birds up close and personal, as well as helping them rehabilitate, is really informative,” Lanaghan said. “I learn lots of new things every time I’m at there.”

“The most important aspect of the job isn’t just giving the animals a second chance,” he said. “Getting people inspired about animals and giving them to the chance to volunteer and have hands on experience is also essential.”