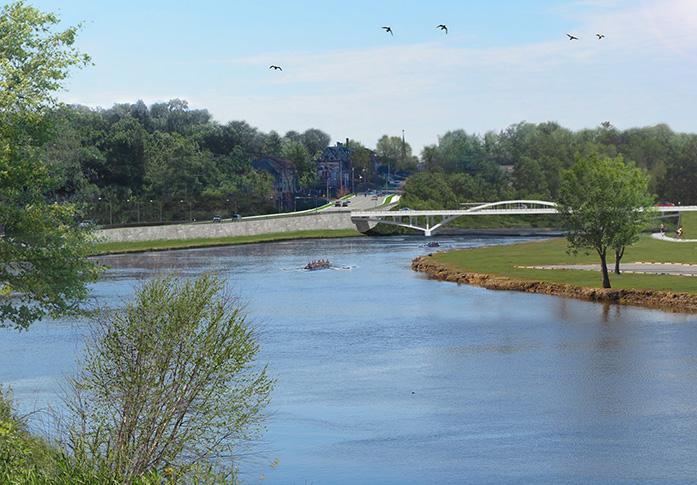 The first stage of the Iowa City Gateway Project has begun.

The Iowa City Council approved plans for the project in December of last year. The project will elevate Dubuque Street and reconstruct the Park Road Bridge, while aiming to protect the city against flooding.

The project was thought of initially in 1993 after major flooding in Johnson County, but the city thought similar flooding wouldn’t happen again anytime soon and decided not to go through with the project.

Then the floods of 2008 came and caused millions in dollars in damages across eastern Iowa and to the University of Iowa campus. After the destruction in 2008, city officials determined they should move forward with the project.

Melissa Clow, the special administrator for the project, said in order for the project to begin, a little over 300 trees along Park Road and Dubuque Street must be taken down.

“One hundred and seventy-five trees have already been taken down and over 47 percent of the trees being taken down are either ash, in poor condition, or are dead,” she said.

Ash trees are no longer being planted in Iowa City because of the presence of the emerald ash borer.

“I’m looking forward to everything being new and working better without making drastic changes. We’re just improving it where we can,” she said.

“We want to predict floods so we have more warning time,” she said. “We try to understand why they’re occurring, and when, so we can give an advanced warning to the public that is understandable.”

Geoff Fruin, the interim city manager, said the project will be funded through various state and federal funds combined with local funds.

“This has been several years in the works,” he said. “It’ll provide more reliable transportation options for vehicles coming in and out of Dubuque, and for pedestrians and bicyclists as well.”

Fruin said the project will also provide much needed infrastructure updates. He said by elevating Dubuque and Park Road Bridge, the city will be providing a more reliable transportation route for the community.