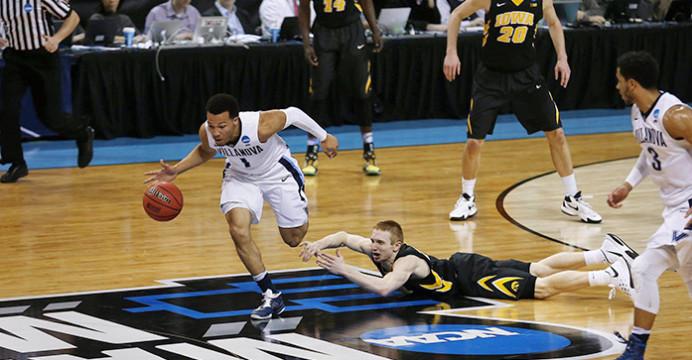 Hawkeye fans collectively felt the agonizing taste of defeat this past weekend; both the men’s basketball and wrestling teams fell short of expectations. A similar pain struck Hawkeye faithful on New Year’s Day, when Stanford throttled Iowa in the Rose Bowl for the entire country to witness.

After this past disappointing weekend, a debate arose: which team had the worst finish to its season?

Surprisingly, no UI student interviewed believed that wrestling was Iowa’s worst performance over the weekend.

The wrestling team advanced three athletes to the NCAA championships. They came away with zero wins. Thomas Gilman, Cory Clark, and Brandon Sorensen all placed second, giving Iowa its first finish outside the top four since 2007. It was a disappointment for a team that has been a national powerhouse in wrestling for years.

All pointed to blowout losses in both football and basketball.

The football team followed up on a close, hard-fought loss to Michigan State in the conference championship with a 45-16 loss to Stanford. Christian McCaffrey shredded Iowa’s defense and special teams for 368 all-purpose yards and 2 touchdowns. Iowa’s offense could not muster a single point in the first half, finishing with a 35-0 deficit.

“It was such a big embarrassment because they were at such a big venue, all eyes were on them, and they couldn’t handle the pressure.” — freshman Denver McClelland.

“In regards to football, it’s hard to feel disappointed after a season that exceeded everyone’s expectations and resulted in a trip to Pasadena. However, I felt as though a second-round exit by the basketball team was unfortunately expected after the recent struggles this season, so to see the football team dismantled was harder to stomach when we knew what they were capable of.” — senior Brandal Wagener

“We won our first 12 and lost our last two. That says it all.” — freshman Mac Delsol

Hawkeye basketball rose to great heights early on, receiving the third spot in the AP Poll and even some votes to be the No. 1 team in America. That success quickly collapsed, as the Hawks dropped five of their last six regular-season games, lost to Illinois in their first game of the Big Ten Tournament, and were mauled in the second round of the NCAA Tournament by Villanova. Down by 25 at halftime and by more than 30 in the second half, the final score of 87-68 was yet again another example of an early exit by the basketball team on a national stage.

“Basketball had the worse finish, considering they were a top-three team and getting a 1 seed, then falling down to a 7 seed and losing in the second round.” — freshman Brandon Ranberger

“The last 10 games, they lost seven of those. They were ranked third earlier in the season but did not finish strong.” — freshman Reese Kilburn

“They started off the season so strong, got a decent seed, won in the first round, and then looked like they sent their recruits to play for them in the second round.” — junior Maja Sunleaf

“The last three years have been the same story: we don’t know how to win in crunch time; at the end of the year, we go on these losing stretches, we have an early exit in the Big Ten Tournament and exit early in the NCAA Tournament.” — junior Josh Hannan

“In my opinion, basketball had the worst finish to its season. Sure, wrestling didn’t finish this season as one of its best, but it still finished well. Five out of nine of our wrestlers finished at or better than their seeds in the NCAA Tournament. Our football team was only blown out once. Yes, the Big Ten Championship game was a letdown, but it was really close. The Rose Bowl game was embarrassing, but that was the only time I was embarrassed this season. The basketball team had multiple embarrassing games, not only at the end of the year.” — freshman Sydney Henderson

“For football, everyone thought they’d win against Stanford. Basketball lost seven of their last 10 games and did not play smart.” — freshman Alex Borchers