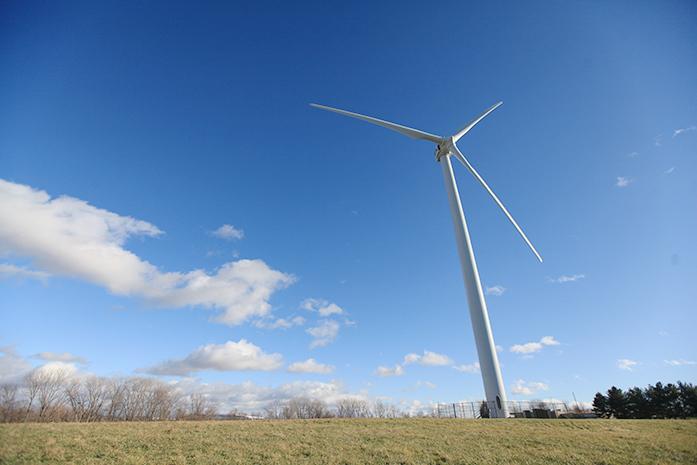 Wind turbines aren’t as great for the environment as many think they are — at least that’s what one expert believes.

Michael Hutchins, the director of Bird-Smart Wind Energy Campaign for the American Bird Conservancy, said hundreds of thousands of birds are killed each year because of wind turbines.

The campaign’s goal is to protect native birds from the dangers of wind turbines located across the United States.

The conservancy is an organization focused on the conservation of national bird populations in the Western Hemisphere.

“Everyone wants to address climate issues, and everyone believes that wind turbines are a good start,” Hutchins said. “What they aren’t realizing is the negative impact they have on the population of birds and bats. The more wind turbines we put up, the more birds and bats will be killed, which has a major effect on our ecological environments.”

The biggest issue with wind turbines is the setting in which they are placed, he said.

“The location of where these turbines are put down is a big part of what’s leading to these losses,” Hutchins said. “They set them in places that see a large concentration of birds, such as areas where they migrate to, areas in which endangered birds live, and areas close to or even within bird habitats.”

Hutchins noted that while it is important to know how many birds are killed, it is hard to pin down definite numbers because wind-energy companies are secretive with their studies on avian mortality on their wind-energy farms.

Hutchins said wind turbines heavily affect raptors because although they have great vision, they tend to be focused on looking for prey on the ground rather than ahead of themselves.

Laura Semken, the Macbride Raptor Project assistant coordinator, said she does not believe wind turbines’ effect on avian mortality is an issue that needs to be confronted.

“It is sad that any creature is injured due to our engineered structures,” Semken said. “Energy is a complex issue. I think it is more important to create stable, biologically diverse ecosystems for as many species as possible.”

RELATED: Iowa blows past other states in wind energy

Wind energy is a clean and viable source because it does not produce greenhouse gases and is a solution necessary for energy needs, she said.

“Balancing energy conservation and bird protection is key to the health of our future and the future of all creatures, including raptors,” Semken said.

John Graves, the author of Broken Wing: Birds, Blades, and Broken Promises, said he believes wind turbines are a growing industry in the states, and corporations involved with this industry are not willing to lose money in order to save species.

Graves said close to 1 million bats a year are killed and that a lot of endangered species are facing the threat of extinction because of wind turbines.

“Whooping cranes are an endangered species that move straight across Iowa to get to Canada,” Graves said. “The number of wind turbines they’re facing is a hazard to their population.”

This danger to birds is not something wind energy companies are looking to fix but is something which people should be concerned with, Graves said.

“There is a problem Iowans face, and there’s no easy answer,” he said. “But there are a few ideas that can help.”

Graves said different designs, difference in speed, and the location of the wind turbines would greatly help the population of birds.

“Wind energy corporations aren’t willing to complete tasks that will help birds, especially increasing the speeds because they’re afraid they’ll lose 20 percent of their revenue, and that’s something they don’t want to happen,” Graves said. “If nothing changes with wind turbines, large birds with become extinct and small birds will become endangered by 2030.”