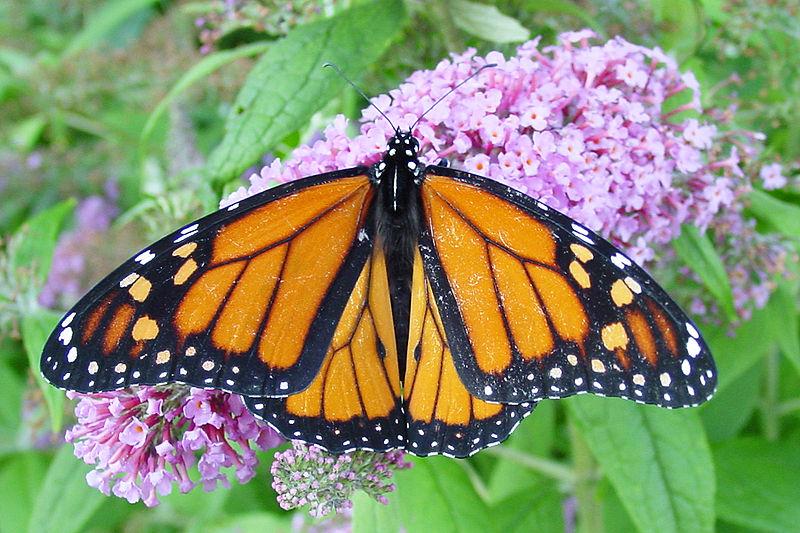 Monarch butterflies are fluttering their way to a comeback.

According to a survey by the World Wildlife Fund, the area occupied by monarchs at their winter habitat grew by 69 percent this year to almost three acres. Monarch butterflies travel between 1,200 and 2,800 miles from the United States and Canada to hibernate in the temperate forests of Mexico’s Michoacán State.

Many organizations throughout Iowa are working with others nationwide to make sure the population keeps going up.

Iowa State Professor Sue Blodgett, the head of the Iowa Monarch Conservation Consortium, said the increase in the butterflies in Mexico this year could be the start of a rebound from declining numbers.

The Monarch Conservation Consortium, based at ISU, works with several organizations to improve monarch habitats in Iowa.

“A lot of land in Iowa is agriculturally related, so we spend a lot of time talking to farmers,” Blodgett said. “We’re looking for methods on how to expand habitat areas [on farms], whether it be by placing a habitat there or augmenting what’s already there.”

Last fall, the consortium planted nine different species of milkweed plants throughout the state to attract the butterflies. This year, the consortium hopes to focus on placing more companion plants around the milkweed in order to draw in more adult monarchs to the area.

“Monarchs lay their eggs on the milkweed, which is a huge part of the habitat,” Blodgett said. “But for adults, we need more nectar so the butterflies will have more energy for reproduction.”

Brenda Nations, the Iowa City sustainability coordinator, said there will be many events this year to get the Iowa City community involved with monarch-butterfly conservation.

The city will put on such events as milkweed-seed giveaways, milkweed sales, and a Kid’s Day at a local farmers’ market, which will include activities with the monarchs. Along with these events, Nations said, the city will update its website to include more information about monarchs and their initiative to help conserve monarch populations.

“We will meet every month to continue these efforts,” Nations said.

Monarch Joint Venture is an organization whose mission is to protect and conserve monarch populations nationwide.

“There’s a lot of great monarch restoration going on in Iowa,” Lund Preston said. “It’s a great place for it because of how much breeding habitats the monarchs have lost due to storms and other natural disasters.”

Lund Preston said that although the monarch population has expanded to almost more than three times the size it was at in previous years, based on estimates from the butterfly’s winter habitat in Mexico, there is still a lot of work to be done.