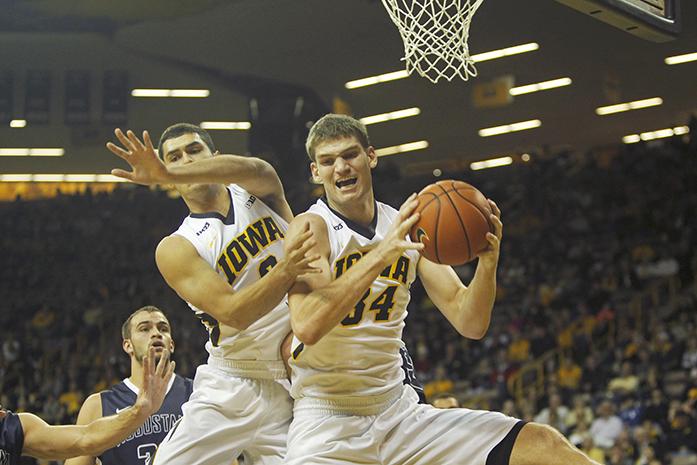 It’s about to become the second-straight year in which all three of the state’s major universities get their men’s basketball teams in the Big Dance., it’s time to give Northern Iowa some love.

The Panthers became one of America’s darlings in March 2015, as Iowa-native and former two-star recruit Seth Tuttle led UNI to a miraculous 31-4 record, Missouri Valley Tournament title, and a 5-seed in the NCAA Tournament before losing to No. 4 seed Louisville.

The Panthers were set to fall off in 2015-16, and they did for a while. They sat at 11-11 on the year on Jan. 23 and just a woeful 2-6 in the conference. In what’s becoming typical UNI fashion, however, head coach Ben Jacobson rallied his troops to finish 9-1 and win the program’s second straight Missouri Valley Tournament on a buzzer-beater by Cedar Rapids Washington grad Wes Washpun.

And that perfectly illustrates my point. With a relatively ragtag bunch of Iowa kids, Jacobson has UNI in its finest hour and routinely making a name for itself on a national scale.

In fact, the Panthers appear to be the quintessential basketball program in the state.

Now, Hawkeye fans wouldn’t trade their ascension to No. 3 in the AP Poll for a 2-6 start in conference play, and Iowa State would never exchange NBA hopefuls Monte Morris and Georges Niang for the Panther’s average recruiting class. But Northern Iowa has targeted small-town Iowa kids, partly out of necessity, and it excels in doing so.

It all started in 2010. Northern Iowa had once again made two-straight NCAA Tournaments after winning the conference tournament, and after being ousted in the first round in 2009, found itself pitted against No. 1 seed Kansas in the Sweet 16.

Up 1 point with 35 seconds remaining, Ali Farokhmanesh launched the ballsiest shot I’ve ever seen in my life.

Since then, the Panthers have been a part of several very seriously dazzling upsets and impressive victories, including over No. 1 North Carolina this season on Nov. 21.

Jacobson deserves all the credit. He inherited a good program in 2007 coming off NCAA berths in 2005 and 2006 under Greg McDermott, but the Panthers hadn’t won a tournament game since 1990 prior to the upset over Kansas. From 2010 on, Jacobson’s teams have gone 3-2 in March, and this one has another go ahead of them.

Jacobson has set a program best for wins, finishing with 213 after the 2016 season.

Northern Iowa more than any other program assumes the characteristics of the state. With UNI’s recent rise to national prominence, it’s no longer just an underdog, it is a traditionally successful program consistently turning grain into gold and a program the entire state can support.