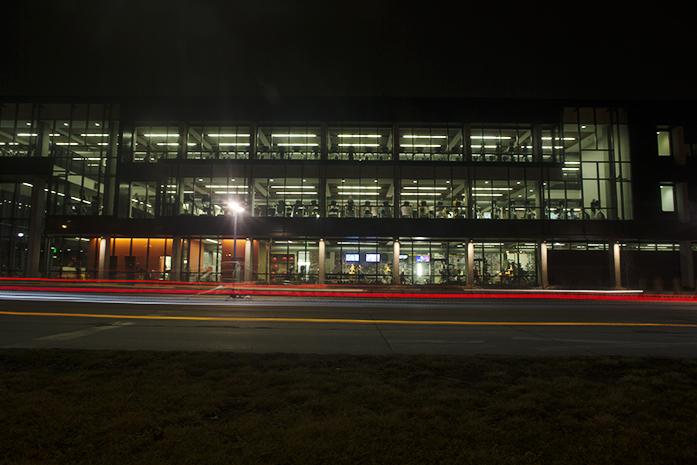 Almost anyone can swim, bike, or run for 10 minutes.

At least, that’s the basis for the Tropical Indoor Triathlon.

The Campus Recreation & Wellness Center will host the fifth-annual Indoor Tropical Triathlon on March 6, in which all participants will spend 10 minutes biking, running, and swimming. Whoever travels the longest distance wins for her or his age and gender group.

Matt Stancel, a assistant director for fitness/wellness at Recreational Services, said the triathlon is meant for those who are new to fitness or those who have always wanted to try triathlon but thought they never could.

“I believe most people can swim, bike, and run for 10 minuets, as opposed to telling someone I need you to swim a mile, bike 30 miles and run six miles,” he said.

Stancel said the time of the season is also important because it is still wintertime in Iowa and the lakes, rivers, and typical outdoor areas people would exercise are not being used. He said this draws in “elite athletes” to the event.

“We see athletes using this event as a warm up for their upcoming season,” he said.

More than $1,000 worth of prizes will be given out to the winners of the gender and age groups. There will be five divided age groups among the genders starting at 18 to 50 and older.

Overall male and female winners will win a Fitbit and a Nike T-shirt provided by Running Wild.

Kerby Boschee, a UI Study Abroad adviser and program coordinator, will participate in the triathlon for the third time. He has trained for the event by alternate among running, swimming, and cycling on a spin bike most days of the week. He has also started to incorporate Pilates and yoga.

“The staff at the [Rec Center] do a great job of hosting this event, and I always feel encouraged by the volunteers,” he said. “I enjoy doing those activities on their own, but the fun and collegial atmosphere at the event makes me want to come back and participate each year.”

Annie Montroff, a spin teacher at the Rec Center, will participate in the triathlon for the first time this year.

“I’ve never done a triathlon but have always wanted to try it,” she said. “This seemed like a good place to start; it’s not as big as a regular triathlon because it’s only 10 minutes in each exercise.”

Stancel said this event is perfect for those anxious about taking on a triathlon for the first time but want to get the experience without being overwhelmed.

“The triathlon gives all kinds of people an opportunity to be successful no matter if they are already athletic or new to the fitness world,” he said.