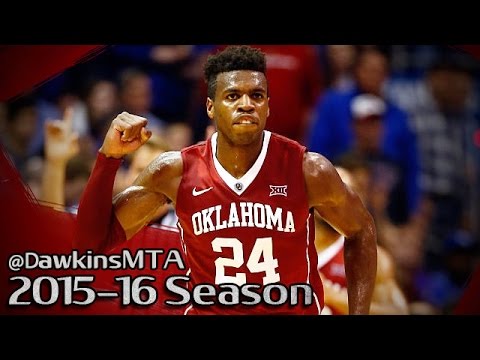 March Madness is right around the corner. No, I’m not referring to the national tournament. This insanity pertains with deciding the best player in college hoops.

The best player in college basketball, the Wooden Award recipient, should put up great statistics, lead one of the top teams in the country, have an array of basketball skills, and be a team leader.

Two players, Buddy Hield and Ben Simmons, are in the conversation for the NCAA’s best basketball star. At this point in the season, it’s clear: Hield is the runaway favorite. The only thing he lacks is Simmons’ hype.

Simmons, a freshman at LSU, came into this season as the outright favorite to win the Wooden Award. While LSU is no stranger to high-caliber players (“Pistol” Pete Maravich and Shaquille O’Neal to name a few), this freshman from Melbourne, Australia, was labeled as the next LeBron James or Magic Johnson.

On the other hand, Hield commanded comparisons with some of the greatest to ever play. He was a preseason All-American, but the focus was on Oklahoma’s chances of dethroning Kansas atop the Big 12.

As most basketball fans know, Hield has elevated his play to insane heights. He averages 25.4 points a game, along with sinking just over 48 percent of his 3-pointers, all while playing in the best conference in college basketball.

Simmons has a more balanced stat line: 19.6 points, 11.8 rebounds, and 5 assists. Aside from averaging a double-double, he leads all forwards in assists.

But the Wooden Award is not given purely on statistical feats.

To win the Wooden Award, the recipient must also be a leader on one of the country’s top teams. Hield commands a 22-6 Sooner squad looking at a No. 1 seed in the NCAA Tournament. Simmons’ LSU is 17-12 and recently, one of Joe Lunardi’s “Next Four Out.”

RELATED: Who will be the new face of the NFL?

Along with a combination of statistics and winning, the Wooden recipient needs to be a player who is unstoppable, a matchup nightmare. Hield is that guy.

He is no buddy for opposing players and coaches. Coaches can try letting him shoot 3s, but if the defense creeps up, he can slash and drive to the basket.

Simmons is limited on scoring. He’s great inside but does not have a jump shot. If teams keep him off the block and out of the lane, he turns into a facilitator, not a scorer.

Then there are the intangibles. Hield is a senior; he knows the game as well as any player out there. He’s smart. He’s clutch.

A perfect example of the entire Simmons-Hield argument came on Jan. 30, when Oklahoma went into Baton Rouge and took on the Tigers.

The Tigers appeared to be close to pulling off a major upset in the first half. The second half was another story. LSU was up by 14 at one point, but the Sooners stormed back, and Hield was the key to the ignition. Hield ended up scoring 32, hitting six 3-pointers in the second half. Oklahoma won, 77-75.

In the last four minutes of the Sooners’ furious comeback, Simmons did not attempt a single shot. It was not due to foul trouble; he was not on the bench.

Recently in an interview with ESPN, Simmons proclaimed himself the best player in college basketball.

“Oh, myself, I’m not going to pick anybody over me, but there are a lot of great players out there,” he told ESPN’s Andy Katz. “I don’t think anyone’s better than me.”

I admire the confidence, I really do. But where was the confidence as his team blew its lead? It certainly was not there as he was passing out of shots. It was not as if the Tigers weren’t feeding him the ball (he is their best player), he was scared to make a mistake. The biggest mistake, though, was to not even attempt a shot.