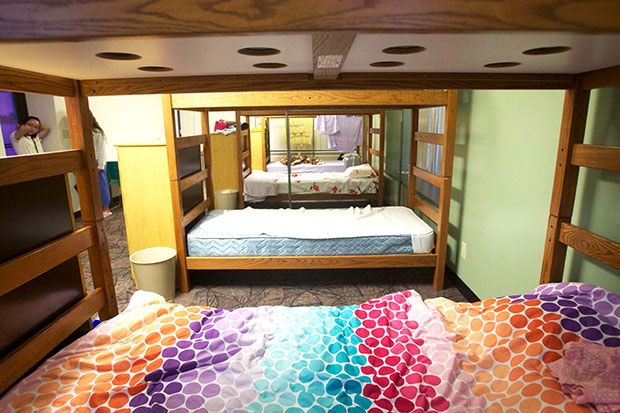 University of Iowa students hoping to live on-campus again next year may not be able to.

Von Stange, senior director of Housing and Dining, said there would not be room to fit all the students who want to return to UI housing next fall.

“With a large number of returning students, higher than we expected, and the expectations for a large first-year class, the reality is that not everybody who wants to reapply for housing will be able to do that,” he said.

Additionally, students living in on-campus housing may have to pay more next year if the Board of Regents approves a 3 percent increase in room and board rates at next week’s meeting.

Kirk Kluver, director of admissions for UI, said it is difficult to predict exactly how many freshmen will enroll for the 2016-2017 academic year at this stage.

“We are anticipating another year of record enrollment,” he said, “Admission decisions are driven by the Regent Admission Index so qualified applicants will continue to be admitted until the May 1 deadline.”

Virginia Ibrahim-Olin, assistant director of contracts and assignments, said nearly 1,700 students reapplied to live on-campus, but Housing and Dining is only planning for 1,100 to return.

“We are aiming at having around the same amount of students return to the halls as we did last year,” she said.

Last week, Housing and Dining emailed room selection timeslots out to the students who reapplied to live on-campus. Students will be able to log on next week at their designated times and choose from the remaining available rooms. If space runs out, students who applied on time will be placed on a waitlist.

395 returning students have already chosen their rooms at a lottery held in Currier Hall last week. An additional lottery took place Wednesday night for apartments in the brand-new Burlington Street building the UI is finishing leasing. All beds were filled at the event.