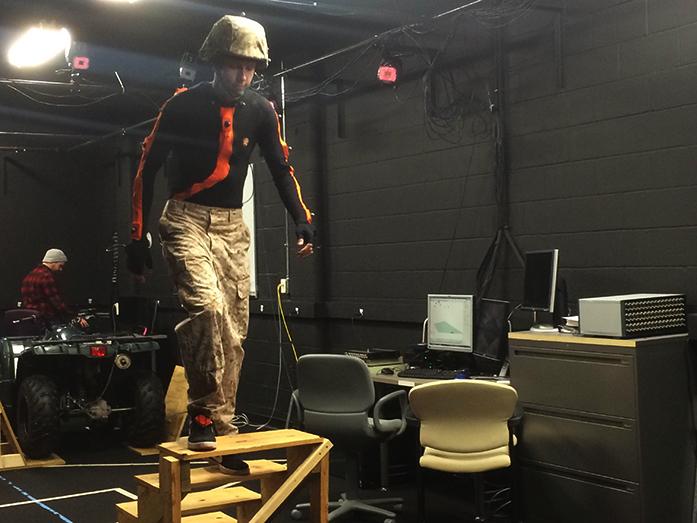 The Office of Naval Research granted the UI $2.6 million to better predict and prevent musculoskeletal injuries for those in the Marine Corps, common medical issues in the military.

“We want to actually improve the condition of the solider rather than just tell them what to do,” said UI Professor Karim Abdel-Malek, the founder and director of the Virtual Soldier Research Program. “It’s very important because it gets us into injury avoidance, which we haven’t gotten into before.”

The program has been active for around 12 years, Abdel-Malek said, and it has worked for both military and commercial endeavors.

UI engineering has also generated $36 million in grant funding throughout the program, which will now total around $38.6 million for the two-year project.

For the current research, engineers will collaborate with the UI Athletics Department and Physiology Department to more effectively collect information on preventing injuries.

Landon Evans, a UI assistant strength and conditioning coach, will be a main partner in the project, along with Kevin Kregel, a former department executive officer in health and human physiology and current associate provost for faculty.

“Sports have the constraints and rules, but how people get injured is the same, just with another population,” Evans said. “It’s not anymore just getting ready for a given performance, it’s exceeding expectations and then being able to bounce back more quickly.”

For the Athletics Department, he said the program would benefit athletes at the university, offering insight to trainers and keeping athletes in the game.

“The more we do, the more the UI will learn,” Evans said. “It becomes a smarter and smarter system the more we put into it.”

Abdel-Malek said the partnership among the departments began with the need to learn more about the human body and how physical issues such as injuries may translate into data.

“The [partnership] turned out to be critically important,” he said. “Together, we’ll be able to better assess injury,”

Abdel-Malek that the coaching and physiology perspective bridges knowledge for the sciences needed in the program.

The grant was announced on Feb. 9. Virtual Soldier will join a long list of ongoing projects the UI has accomplished alongside schools and outside businesses, though Abdel-Malek said he is unsure of how many projects have been completed.

“We are very very pleased. It’s wonderful to see work continue here that will help the military,” he said.

Abdel-Malek said the UI once got an urgent call from the Office of Naval Research and the military, asking the UI to conduct research on a different project.

Military projects account for around 60 to 70 percent of the research, he said, including the past five years of work spent on lightening weight of equipment for soldiers, which was presented this fall to the state Board of Regents.

Kregel, speaking from a physiology perspective, said the unique part of the study is not requiring a large number of test subjects. “We can learn from modeling and simulations to have a lot to test from,” he said.

Researchers demonstrated simulations for media on Monday. One soldier climbed a set of stairs and jumped down while wearing pieces of motion sensors and other technology to track human information in a more scientific way.

“One size doesn’t fit all,” Kregel said. “We have to ascertain who will be more susceptible to different injuries.”

The data are used to validate what is projected on the virtual program. The two subjects, a male and a female, are named Santos and Sophia.