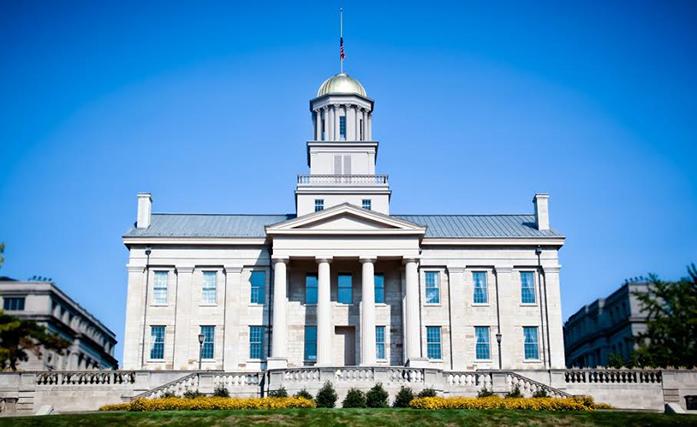 The University of Iowa on Feb. 8 hired a new dean of the College of Education.

Daniel Clay, a former faculty member of the UI and the current dean of the College of Education at the University of Missouri, will return to Iowa City this summer.

Clay and his family left town in 2006 after spending nine years working for UI to take positions at the University of Missouri and Auburn.

Clay said he is happy to return to Iowa City because he is aware of the quality of the community.

“My wife and I bought our first house in Iowa City, and it’s where our kids were born,” he said. “We’re aware of the outstanding quality of the University of Iowa and the faculty as well. It’s an excellent College of Education.”

Clay said he is excited about the potential the UI has to offer.

“What’s appealing to me now is the opportunity of the growth of the college and the opportunity to enhance entrepreneurship both in the College of Education and the rest of campus,” he said.

In a press release, UI Provost P. Barry Butler said Clay brings a remarkable record of success to the university.

“One measure of that success is how he has been able to advance his current college’s national reputation,” Butler said. “He also brings an entrepreneurial perspective that I think is really going to serve our College of Education well in the coming years.”

Clay said he wants to transfer his successful initiatives at Missouri to Iowa City as well.

“At Missouri, I increased the research productivity and the impact of the research,” he said. “I am very proud of the diversity of staff hirings, and I think I can bring that and advance the College of Education at Iowa.”

“I really enhanced entrepreneurship in Missouri, starting new companies and investing new ideas,” he said. “I have a real interest in educational entrepreneurship and hopefully it will benefit the college and campus at Iowa.”

Matt Martens, a divisional director for the Missouri College of Education who has worked with Clay for six years, said Clay always has been a good leader.

“Our college is in a much better place than it was when he started here,” he said. “He’s a big-picture thinker.”

Martens said Clay will bring a lot of energy to Iowa City and the UI.

“I know he loves the place,” he said. “He’s got some significant personal connections there, and he’s enjoyed it all. He and his family have strong feelings about Iowa.

“Dan is not one to sit still, so I hope the college is ready for someone who will hit the ground running and I think he will bring new initiatives as soon as he can,” he said. “We’re sad to see him go, but we understand it’s a great opportunity for him at Iowa.”

Clay said he and his family are excited to return to Iowa City this summer.

“I’m deeply appreciative for the opportunity to come back to the College of Education that I love and in this leadership role,” he said.