Editorial: Should the nomination process for Supreme Court justices be changed? 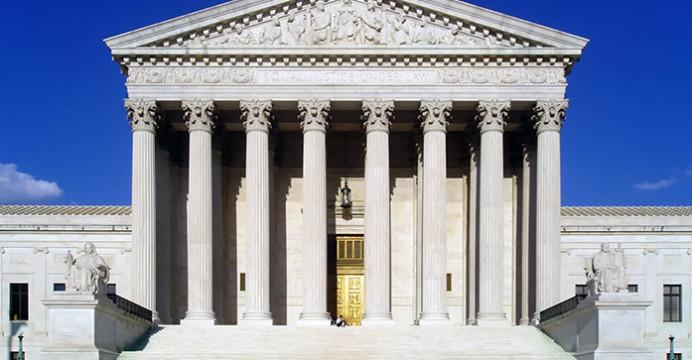 Supreme Court Justice Antonin Scalia was found dead on Feb. 13 at a ranch in West Texas, where he was a guest. Scalia, 79, was a prominent conservative member of the court, and was well-known for his tendency to be outspoken. There is currently an open seat in the Supreme Court, and a successor has yet to be nominated.

Whether nominating a successor would result in Senate confirmation is hard to say. Soon after the news of Scalia’s death reached Washington, Republican Senate Majority Leader Mitch McConnell, R-Ky., was quick to say that the Senate would block any attempt to fill the seat by President Obama. The filling of Supreme Court seats is an executive duty outlined in the Constitution. Republican Sen. and presidential hopeful Ted Cruz made the claim that an 80-year precedent of no appointments during election years should keep the president from nominating a new justice. Unfortunately, this is untrue — Reagan nominated Justice Anthony Kennedy in 1987, and the Senate confirmed him in 1988, an election year.

Whether the president should be “allowed” to fill the spot is a weak argument. Not only is it constitutional law and no precedent exists that dictates he should act otherwise, but the American people voted Obama into office twice. That includes 2016, and thus the American people have had their say in the appointment of the next Supreme Court justice.

The politicizing of the highest court in the United States has left many questioning the term limits of Supreme Court justices, who serve until death or resignation. It’s an immense power given to the executive, given the legislative capabilities of judicial review. A president who is lucky enough to appoint a new justice is wielding power in the long-term course of the nation. For example, this year’s docket includes the future of abortion, race-based admissions to universities, and public unions. There could be benefits in taking the power of nominating and appointing judges from the executive and legislative branches to the people, with term limits and elections.

There are inherent problems in this possible solution, however. One important reason life terms exist is that they shelter judges from the influence of public opinion. This allows for judges to make rulings based solely on the law, not on how they think it will help them in the next election cycle. The Supreme Court has a long history of making unpopular decisions that seem obvious today. Until 1967, it was legal for states to outlaw interracial marriages. The states that constituted the Confederacy all had laws banning interracial marriage up to that point, and the decision was very unpopular, especially in the South, at that time.

We’ve seen the negative implications of elected judges here in Iowa. After the ruling that legalized gay marriage in Iowa, three justices lost their posts in the next election, an extremely rare event. That they ruled in a way that was unpopular to a sizable and vocal population is commendable, but that isn’t the reality of politics today.

The Daily Iowan Editorial Board believes that the GOP-controlled Congress should move past obstructionist mentalities and appoint a suitable nomination from the president. However, that doesn’t mean we shouldn’t be open to changing this system. The power of justices, and of the presidents appointing them, has grown immensely since the writing of the Constitution and the creation of “judicial review.” Moving forward, a constitutional amendment incorporating a term limit without chance of reappointment could be helpful in scaling back the power of the executive and judicial branches.