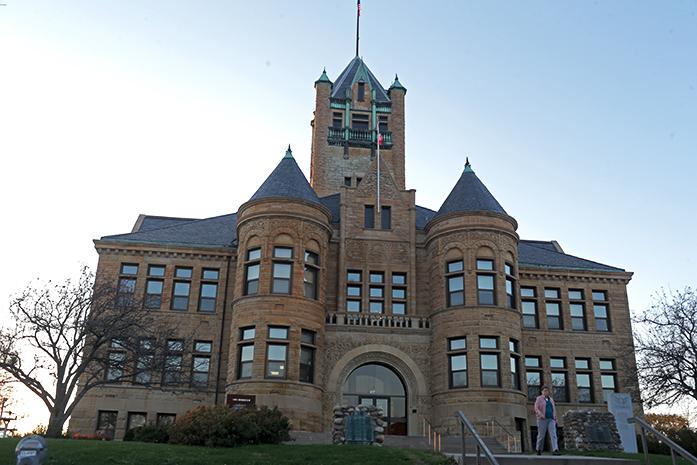 In a little over a year, Johnson County will finally have a building big enough for its Ambulance Service.

The Johnson County Board of Supervisors has approved plan specifications for a new facility to replace the current one at 808 S. Dubuque St. The building will house both the Ambulance Service and the Medical Examiner’s Office.

At a public hearing Thursday morning, Justin Bishop of OPN Architecture presented final mockups of what the facility will look like.

Comprising wood and brick, the building was designed to complement the surrounding university. It also features a sustainable roof and transparent garage doors, and it will be more energy-efficient than the current building, he said.

Bishop said the new facility will cost $7.1 million, and construction will begin this spring.

At the meeting, the supervisors voiced their approval of the final designs.

“These look fantastic,” said Rod Sullivan, the head of the supervisors. “We’re excited to get to this point; it’s been a long haul.”

Supervisor Janelle Rettig liked the way the new facility will consolidate the three operations. In addition to containing the ambulance fleet and Medical Examiner’s Office, the building will also serve as a storage space for the auditor’s equipment.

“The county has needed this for at least a decade,” Rettig said.

Johnson County Ambulance Service Director Steve Spenler said the current facility has been in use since 1988.

Since then, the Ambulance Service has outgrown its current building. There are now more than 60 people on staff, and the garage cannot fit all seven of its vehicles. The number of emergency calls has also increased to around 10,000 a year.

At the meeting, Spenler announced that while cleaning out his desk to move facilities, he found an old file from 1998 calling for a new building.

“We appreciate the board’s support, and we’re very excited to move forward,” he said.