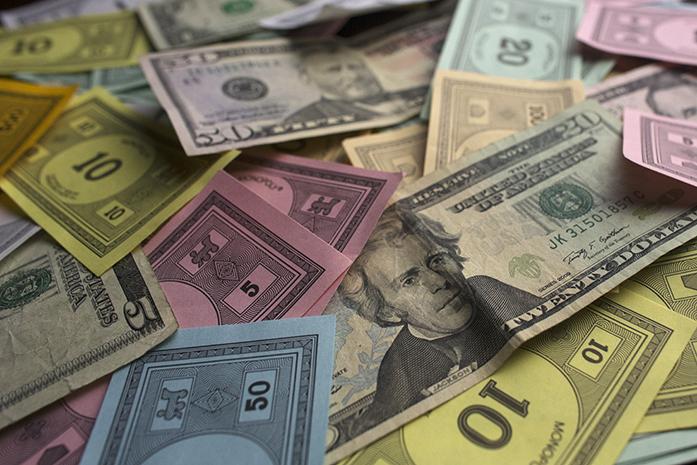 Iowa City residents reaching into their wallets may find a counterfeit bill nestled among their authentic ones because of an influx of fake money in the area during the past few weeks.

“I don’t know why there’s an increase here or in Cedar Rapids,” he said. “We are working on the investigation and still trying to piece this all together as far as where the money is coming from.”

A few weeks ago, the Cedar Rapids police reported an amount of around $3,000 of counterfeit money recovered so far. Gonzalez said Iowa City police’s numbers are higher than usual as well, with the most common counterfeit bills being $100 bills. So far, he said, the police have collected $1,500.

While the Secret’s Service is in charge of protecting the president, it also investigates cases in which counterfeit money is involved. The United States created the agency in July 1865 to fight counterfeit money. It wasn’t until 1901, after the assassination of President William McKinley, that the agency became the protectors of sitting presidents.

In 2013, the Secret Service collected more than $88 million of fake cash.

“We’ve only seen two reports,” he said. “But we’ve informed our businesses that this is going on.”

Gonzalez said it’s important for retailers and restaurants to be aware of the increase.

“Retailers should know how to use the counterfeit-detecting pens,” he said. “If you mark a bill and it turns brown, it’s a good bill. If it turns black, it’s bad.”

Gonzalez noted that using a pen isn’t the best way to detect a counterfeit.

“The pen isn’t a sure way to know if the bill is fake,” he said. “Starches in the paper of the bill can make it a hit or miss.”

Gonzalez said the best way to recognize the difference between a real and fake bill is by looking for security features.

The Secret Service attributes advancement in technology, growing access to scanning and printing devices, and adoption of U.S. currency by other nations as possible causes of the increase.

The Secret Service’s job is to track counterfeit money and work with local areas where there are increases in the amount of fake bills being passed around.

Gonzalez said most of the calls the agency gets about counterfeit money come from retailers and banks.