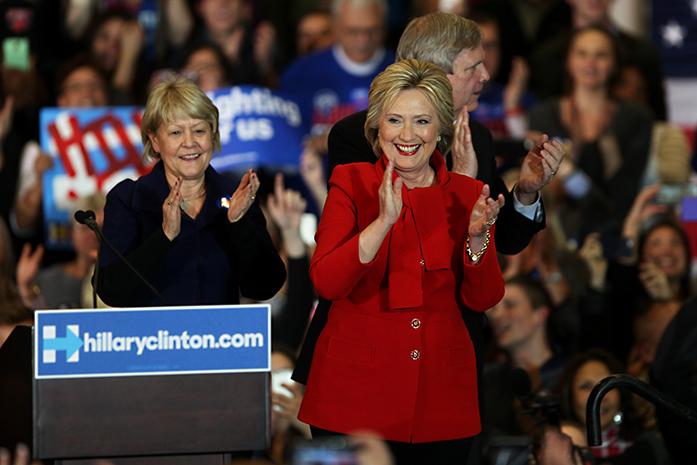 DES MOINES — Iowa Democrats may come first-in-the-nation, but after their party caucuses, there was only a whisker of space separating Vermont Sen. Bernie Sanders and Hillary Clinton.

With 99 percent of the state’s 1,600-plus precincts reporting, Clinton, a former secretary of State, led the self-described democratic-socialist Sanders by a minuscule 0.3 percentage point in a projection of delegates each candidate would have at the state convention.

Robert Becker, Sanders’ state director, said the state party lost or was unable to re-create, as of press time, results in 90 precincts in which temporary caucus heads were not adequately trained on official measures.

The integrity of those running the operation is not being questioned, Becker stressed, just the issues with results.

“After all this time and all this hard work for the Iowa Democratic Party to have misplace the results of 90 precincts is complete bullshit,” Becker said.

"While the results are still not complete we will have half of the Iowa delegates," Sanders said. #iacaucus

He added that the Sanders campaign is working with the party to try to find the heads for the caucuses and verify the results. The Clinton campaign referred The Daily Iowan to a statement released by the Iowa Democratic Party.

A state party official said there were a small number of outstanding precincts and party workers were trying to reach those people. The official said they are not accepting results from the campaign.

Running on her résumé and experience, Clinton carried the state capital of Des Moines and many of counties encircling it. While Sanders performed strong in the liberal enclaves and college towns, as expected, he cut into Clinton’s 2008 turf in western Iowa in the area along the Missouri River.

Clinton’s closing argument was a résumé, as a first lady, as a two-term U.S. senator and as a secretary of State. She had been in the Situation Room, stood astride feet from the Resolute Desk. She was ready.

“I lived abroad; I have friends in corporations who work in foreign countries, and Bill Clinton and Barack Obama are respected; a lot of the world thinks that Hillary has the gravitas that Bill had,” said Chad Kammon, who first caucused in 2004 and supported Obama in 2008. “I like Bernie Sanders, but I want his voice in the Senate, where we can hear his passion from the floor every day.”

While Sanders was predicated on persuading Iowans who had Hope posters rolled up and rubber-banded in their closets that a 74-year-old white, Jewish man from Brooklyn was the best suited to carry on the legacy of President Obama.

“Bernie is very consistent, and he has been consistent for the last 40 to 50 years,” said 26-year-old Brayden Murray, who caucused for Obama in 2008 and was waiting to caucus inside the Iowa State Historical Society.

Entering the night, the two Democratic challengers were joined by Maryland Gov. Martin O’Malley. Despite his early and intense efforts in Iowa, O’Malley was unable to shock everyone with his long-promised caucus-night surprise. He suspended his campaign.

Entering the race, Clinton began with a traditional measure of support.

Across Iowa, her campaign opened more offices, employed staffers, and netted more endorsements higher-profile endorsements of state and national officials. And despite Sanders’ historic numbers of small donors, with an average donation of $27, she had more money.

But Monday night those advantages at best staved off a Sanders surge and at worst were outpaced by near-record level turnout.