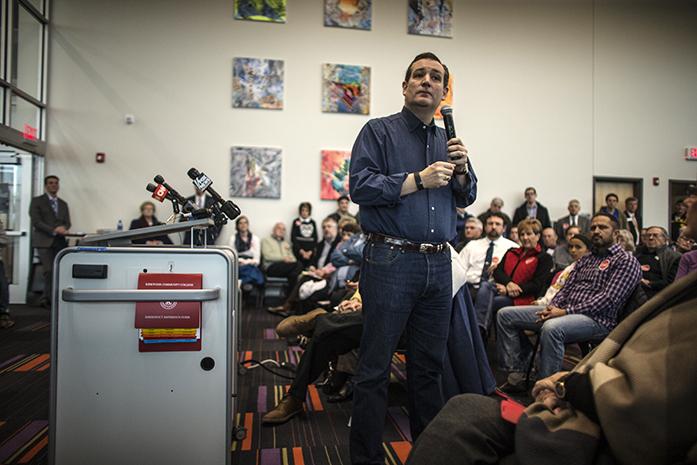 After Texas Sen. Ted Cruz’s upset victory in the Iowa caucuses — which defied expectations in the Jan. 30 Des Moines Register/Bloomberg Politics pre-caucus poll — some Iowa public officials will be forced to either double-down on their criticisms of Cruz or ratchet up their support.

Iowa’s own Gov. Terry Branstad told reporters he believed it would be “a big mistake to vote for him,” citing Cruz’s stance on the Renewable Fuel Standard, a program that requires transportation fuel to contain a certain amount of corn-based ethanol.

Cruz has spoken out against the program as a broader point of policy to end all energy subsidies, which does not resonate well with many Iowa farmers. Iowa is the highest corn-producing state in the union.

During an appearance on “Meet the Press,” Cruz shot back that Branstad’s son “makes hundreds of thousands of dollars on lobbying ethanol.”

Sen. Chuck Grassley, R-Iowa, backed Branstad’s belief regarding Cruz’s effect on Iowa farmers, but his office did not immediately provide a statement comenting on the caucus results.

Analysis, strategy, and where we go from here — from @quentin_misiag #IAcaucus #Cruz https://t.co/eaIWnOtVEc

While not explicitly endorsing a candidate, Branstad has broken form by leveling such harsh criticism against Cruz and speaking uncharacteristically highly about Cruz’s strongest opponent, Donald Trump.

“I think that’s a tribute to the interest people have in restoring American greatness,” Branstad said.

Regarding the turnout to the Iowa caucuses, Branstad was remarkably optimistic.

“I think it’s going to exceed any turnout we’ve ever had before,” he said.

Tamara Scott, national committeewoman of the Iowa Republican Party, believed the unprecedented caucus turnout was a reason for all candidates to celebrate.

“The sheer number of participants is a victory for all of Iowa,” Scott said. “We had such great candidates all around that everyone is a winner.”

Regarding the caucus runner-up, Donald Trump, Iowa Rep. Steve King has brought significant charges against the candidate who led pre-caucus polls, claiming he bought or intimidated many of his endorsers.

King cited Trump’s aggressive Twitter tirades against his opponents and public figures who have spoken out against him as evidence of a tactic to suppress negative attention by inciting fear of an attack on their credibility or character.

After Trump won the endorsement of evangelical leader Jerry Falwell Jr., King would only give cryptic deflections to reporters regarding what he claimed to be Trump’s malicious campaign tactics.

“One of them is money, but it may not be. It might be fame. And it might be any combination of those and others I haven’t said,” King said. “I know things.”

Trump’s relationship with King has significantly soured since late 2014, when he tweeted his support for King’s successful 2012 House re-election bid.

“Judging by what he said just a few years ago, I would not agree that he’s a conservative,” Ernst said at a Bloomberg Politics reporters breakfast. “The unfortunate thing is we don’t have a record we can judge him by.”

Ernst’s low-key criticisms of Trump were mirrored by her equally tempered praise of his opponent, Florida Sen. Marco Rubio, who placed third in the final caucus results.

Ernst was adamant that she would not endorse any candidates this election, but she hailed Rubio as a candidate who would make “a ruthless commander-in-chief when it comes to fighting ISIS.”

Ernst, who was the recipient of Rubio’s endorsement during her successful 2014 Senate bid, rallied for him in January, but a spokeswoman insisted her team would be “happy to do our best to accommodate any requests that the schedule allows,” leaving room for Cruz’s campaign, which showered Ernst with praise during her Senate run.

While Cruz enjoyed a comfortable margin of victory in Iowa, pre-primary polls in New Hampshire give Trump a daunting lead of nearly 22 points, according to the Jan. 31 RCP average.