King to return for senior year 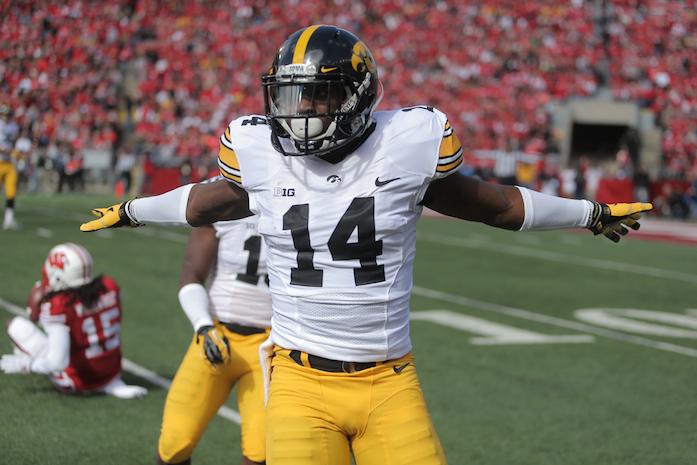 Iowa defensive back Desmond King will come back for his senior year at Iowa.

King, a consensus All-American, recorded 8 interceptions for the Hawkeyes this past season, tying the Hawkeye single-season record. That number also tied for second in the nation, first in the Big Ten.

“We have unfinished business,” Powell said Monday. “… He didn’t want to leave C.J. [Beathard] like that. We talked to C.J., and he was happy. I told him it’s time for you guys to lead your team and to see them on graduation day.

“That’s a beautiful thing. They want to stick together; that’s what it’s all about.”

Powell said King, who was not available for a phone interview, came to her after the Jan. 1 Rose Bowl loss and said he wanted to finish his career at Iowa with a bowl win. Powell said King told head coach Kirk Ferentz and defensive coordinator Phil Parker on Jan. 4.

“He said he wants to go out in a good way and not in the way where he came from a loss,” Powell said. “He wants to win … He came to me and said everything I was hoping.

“… Everybody’s surprised. It’s not about the money all the time. The money is going to be there. He has more chance to make more with a degree.”

Note: An earlier version of this story said the Rose Bowl was played Dec. 31, 2015. The game was played Jan. 1. The DI regrets the error.