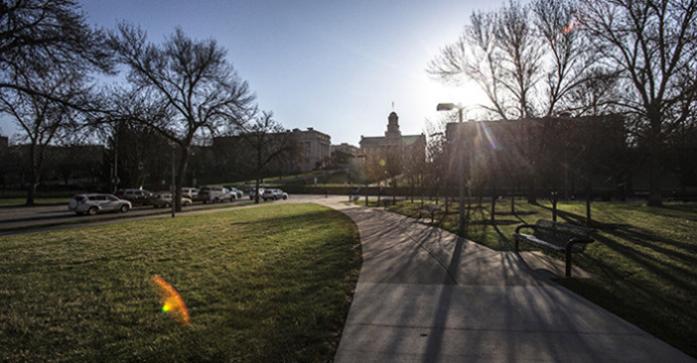 One University of Iowa team, collaborating with a research firm, has developed a new method to predict a patient’s response to certain cancer treatments.

Predicting the best course of treatment is one of the biggest obstacles oncologists face because their patients’ responses are often unpredictable — even among those with the same type of cancer.

Because malignant tumors are simply normal cells that have accumulated genetic errors, a cancerous cell will retain the genetics of the patient. The natural genetic mutations that make individuals unique affect the ways a cell will respond to various therapies, so there are no treatments that are equally effective among all patients of the same type of cancer.

Patients often must undergo an extremely stressful series of trial-and-error treatments to determine which is the most effective for them.

To address this, the University of Iowa — in partnership with California-based research company Cellworks Group Inc. — is taking advantage of the massive advancements in scientists’ understanding of the human genome, as well as more powerful computer hardware, to simulate how a patient will respond to various treatments with only a sample of the tumor.

The team led by Kim Brogden, director of the Dows Institute for Dental Research, has performed the laboratory work to verify simulations run by Cellworks and determine their accuracy.

The model is based on a series of equations that are derived from mining a vast amount of published research on a diverse array of cell parameters, Brogden said.

To predict a treatment for a patient an oncologist would “determine the mutational profile of the cancer cell and incorporate that into the model, creating what we call a very specific patient avatar file,” he said, which reflects the genetics of the patient, and therefore the cell.

“Cellworks owns the proprietary information related to the computational model,” he said. “Our role in this project is to provide the lab studies that can be used to verify their predictions.”

This is a crucial role in the process, he said, because “if these predictions can’t be validated in a lab setting then we really don’t know their accuracy, and we’re seeing a rate of about 85 to 87 percent correlation between the predicted computations and the observed experimental responses.”

Brogden said a large part of the experiments is “isolating cancer cells and growing them in a co-culture environment,” performed by Carol Fischer, a postdoctoral research fellow in the College of Dentistry.

In order to test the model, “we have to duplicate it in the lab, which means modeling several cell types together, and that’s pretty difficult to do,” Fischer said.

The method she developed to address the issue has allowed Brogden’s team to “model a number of different cells because the response of a cancer depends on multiple cells, not just one. She’s very instrumental in that,” Brogden said.

To further verify the model, Brogden sought the help of Emily Lanzel, an oral pathologist at the dental school, “to look at the biomarkers and use that as a predictive tool for people with oral cancer,” as a first step into the clinical application of this tool.

To identify patient biopsy samples as cancerous, Lanzel employs a technique that takes advantage of the ways the proteins on the surface of a cell respond to certain molecules.

She sees this model as a way to improve the “horrible prognosis” of the most common form of oral cancer, oral squamous cell carcinoma, for which treatment is “all surgical. There aren’t a lot of chemotherapy options,” Lanzel said.

While the rest of Brogden’s team is focused on lab work, Laznel’s work is on the clinical side, where the model can be applied to patients.

Brogden also acknowledged Ph.D. candidate Amber Bates, who was “instrumental to the project’s success,” he said.

While personalized medicine is a popular area of research, using computational models is unique.

“It’s complicated, but hopefully it will help us to improve the outcomes over time because right now they’re pretty poor for cancer patients,” Fischer sad.