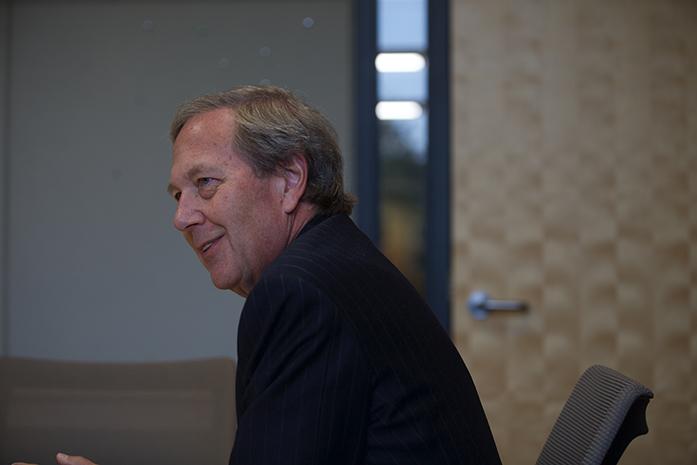 Bruce Harreld has announced several new moves as he settles into his term as University of Iowa president.

Harreld will stage a public forum that will take place Feb. 23 as laid out in an email addressed to the UI community. The decision comes after several requests from students, faculty, and community members for an open question-and-answer opportunity.

“President Harreld’s goal is to build a culture of teamwork, collaboration, and accountability and these teams are an example of the kind of shared leadership he’d like to see across campus,” said UI spokeswoman Jeneane Beck in an email.

Iowans Defending Our Universities, an activist group created in the wake of Harreld’s hiring, has been calling for such a forum.

“I think it’s being planned very, very late in terms of what we expected,” said Brad Pector, an organizer for the group. “He has three of four months ahead of him to prepare for this, and he has plenty to address right now.”

Pector said he has a lot of questions to ask Harreld.

“I’m sure many community members will come with questions they’ve been wanting to ask,” Pector said. “It’s going to be an onslaught of a lot issues.”

He also said a series of forums may be more effective to cover the problems concerning the public. Harreld has been meeting one-on-one with numerous stakeholders on campus.

“I’m looking forward to talking with him and I wish I could do it sooner. Now he’s here. I’m not really concerned with his approval ratings but rather what he can do.”

The letter also detailed the implementation of two teams that will focus on long- and short-term goals of the university.

The strategy and the policy group, according to the statement, will work on long-term investments and develop a shared vision for the university, which will be overseen by Provost Barry Butler.

On the other side, an operations team will look at more short-term issues and be led by Rod Lehnertz, interim senior vice president for Finance and Operations.