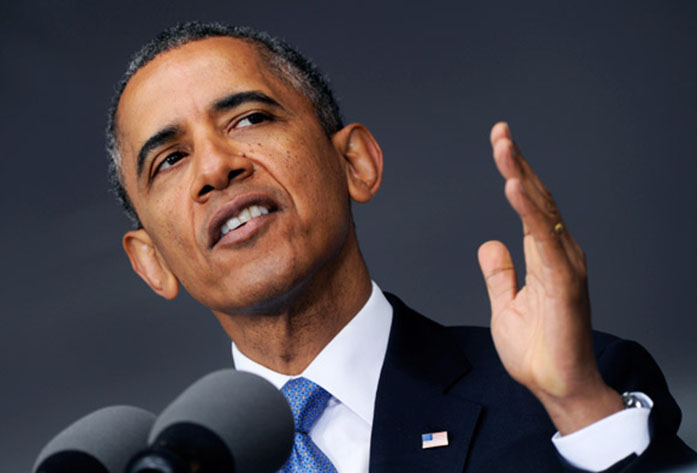 Travel with President Obama from the court to the campaign trail and eventually into the Oval Office in Sports Illustrated senior writer Alexander Wolff’s new book, The Audacity of Hoop: Basketball and the Age of Obama.

Wolff will speak about the book at 7 p.m. today at Prairie Lights, 15 S. Dubuque St. Interspersed by vibrant photography, it details Obama’s relationship with basketball. Part political chronicle and cultural history, Wolff’s narrative explores not only how Obama the president was shaped by Obama the ballplayer, but also how today’s game is being influenced by both.

The Daily Iowan spoke with Wolff about The Audacity of Hoop.

Daily Iowan: Can you explain the title?

Alexander Wolff: Obama wrote a book when he was a senator and beginning to explore a run for the presidency called The Audacity of Hope. I had written a story for Sports Illustrate* about the role that the game played on his development, his racial identity, and how he used it to introduce himself to voters. That piece had run under the headline “The Audacity of Hoops,” but I just thought the singular worked a little better as a play on hope.

DI: What drove you to expand your article into a full book?

Wolff: That story had run right before he was inaugurated, and I remember thinking at that time, “I wonder if he’s going to have that relationship with the game in office.” I made this vow to myself that I would watch to see if the game continued to be a part of his life as president. Sure enough, he was filling out his NCAA bracket on ESPN, using the game when he was going overseas to bond with foreign leaders. At that point, I figured there was enough material here to write a book. I didn’t want to do a book if he was going to be a one-term president, though, so the real green light came when he was re-elected.

DI: How would you describe the genre? It’s not quite a straightforward sports or politics book.

Wolff: It focuses on one personality, so it has a biographical thread, using sports as a lens to get at that person. The last two chapters are more about politics and society, the fourth and the third chapter are political because they talk about how Obama got elected and how he used the game in office to govern and connect with voters. The other thing that makes it a hybrid is how pictorial it is. It’s a case of the pictures speaking to the text and vice versa. They showed him with players or at ease around the game, giving you a little glimpse of who he is that I thought was a really important part of the whole package.

DI: How do you feel the book would have been different without those visuals?

Wolff: The pictures reinforce a lot of the themes. To me, they spoke to a certain spontaneity, moments where you can really capture his mood. Pete Souza, who’s the official White House photo secretary, told me that there was something about the game that brought [Obama] to life when he was around an NBA player or just had a ball in his hand. You can flatter yourself as a writer and say you can still convey that in words, but there are some things that take a picture to convey.

DI: You mention past presidents’ relationship with sports, but what about Obama’s bond with basketball do you think is special?

Wolff: I think basketball has a particular standing in his story. I can imagine another president having a similar relationship with another sport; certainly, Eisenhower and golf really embodied the ‘50s. I think the themes of the Obama presidency — ethnic diversity, having the millennial generation put its stamp on American life, and this radical inclusion mentality we’ve seen with same-sex marriage — basketball is very in line with all of that. So it’s not just him where the game seems to fit, I think the game fits themes that have emerged during the course of his time in the Oval Office.

DI: How important do you think basketball will be in his legacy?

Wolff: I don’t think it will overshadow anything, but unless we get future presidents who are similarly identified with sports, this will stand out. Basketball is a game that’s unusually vigorous; it requires a certain amount of youth to play it effectively, and he was still playing in office at a really high level, which I think that underscores his youth. What determines how anything is viewed in history is often what happens afterwards; it puts it in a complete context. My guess is we’re not going to see a president for a while who’s as into basketball. To find a president that plays golf is commonplace.

DI: How do you think the sidebars affect the narrative?

Wolff: There’s a main thread throughout the five chapters, but there were so many aspects of the story that I still wanted to touch on. Those sidebars gave me an opportunity to burrow into them. They’re little stories that can stand on their own. For example, the one about Dennis Rodman and his trip to North Korea didn’t really have anything to do with Obama per se, but they had implications for his foreign policy, and I’m sure he followed that with great interest. Those are the kind of things that I felt deserved special treatment.

DI: What do you hope readers take away from The Audacity of Hoop?