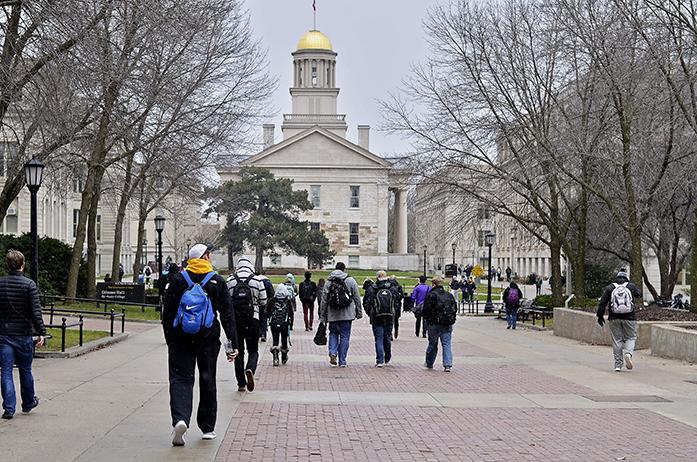 For resident, undergradute students, tuition is on the up for the first time since the 2011-2012 academic year.

While the state Board of Regents unanimously approved increases in tuition for University of Iowa students next year, regents expressed the need for alternate solutions as state funding dwindles.

Tuition for in-state undergraduates at Iowa State University and the University of Northern Iowa was increased $100 for the 2016 spring semester but frozen for next year. Fees will increase for all students.

However, Regent President Bruce Rastetter stressed the increases could potentially change in the future if a funding request for the state schools is not fully backed.

“It’ll be my recommendation to this board to come back and revisit tuition increases because, at the end of the day, the universities need the resources to compete and improve programs and quality,” he said. “Student debt without quality is not something this board is going to support.”

The funding request would give ISU $8.2 million, UNI $7.7 million, and the UI $4.5 million. UI President Bruce Harreld has said he’ll use the money to support faculty.

“We’ll have some tough choices to make,” Rastteter said.

The vote for the increase was unanimous, but some regents expressed apprehension at continuing to regularly increase tuition.

“I have come to believe that the current way we, as a board, go about setting tuition is neither predictable to students and their families, nor sustainable,” said Regent Rachael Johnson. “This lack of predictability, reliability, and sustainability is a point of concern for me as a student and a regent.”

She also suggested the regents should advocate need-based aid programs for university students, echoing a report released by the Pappas Consulting Group to the board as part of the TIER efficiency study.

Ultimately, Johnson said she would continue to advocate for continued conversation on the topic of tuition increases.

“I think the way in which tuition rates are decided needs to be carefully looked at and discussed to find the best methods for the state, Board of Regents, our universities, and students and their families,” she said.

“It is time that we stop the decline in the amount of support we get from our Legislature and our state of Iowa,” said McKibben, who used to be a state legislator. “It has been a downturn for the last decade, and it’s time it stops.”

McKibben said the headway made by the regents in increasing state support about 6 percent was not enough and lack of state support for higher education was detrimental to the economic growth of Iowa.

He urged members of the public to bring their advocacy to legislators across Iowa.