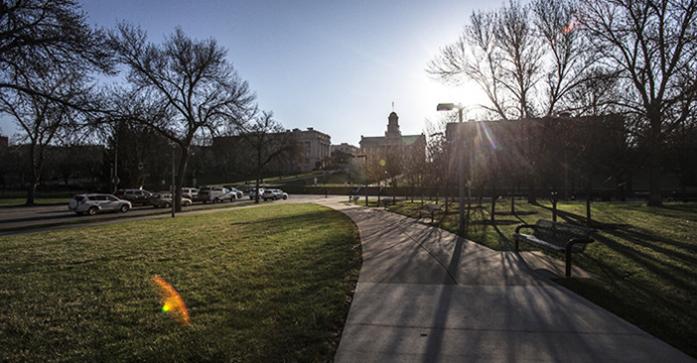 Officials have taken a step to reduce stress when crime survivors report to police.

“This deviates from traditional interview spaces in law enforcement departments, which are typically pretty sparse and dark spaces to do interviews for both victims of crime and those who chose committing crime,” said Jennifer Carlson, executive director of RVAP. “Soft Space utilizes evidence-based information to make environmental modification, such as lighting, floor, furniture, noise, from resources that are available in order to create an environment which is more conducive to survivors of violence to feel comfortable, secure, and important during the time that they talk about their victimization.”

In addition to RVAP, Soft Space a coalition with the UI police, the UI Student Government, UI Housing and Dining Residence Education, and Student Life Marketing and Design. It’s the first of its kind in Johnson County.

“For any student reporting something to the police, it’s an uncomfortable process,” said Kate Fitzgerald, residence education director at the UI. “There are a group of us who work for the University Housing and Dining Residence Education who felt as though the space was really important for students who are going through things that have to be interviewed by the police.”

Around 25 people from UI Housing and Dining donated individually to help the cause, Fitzgerald said.

“These are spaces that are starting to develop here and they’re all over the country,” Carlson said. “We don’t see a lot of them around, but individual departments are making those commitments to trade in the old environments for crime victims’ benefit.”

When RVAP spoke with the law-enforcement department, Carlson said both departments had many of the same experiences and feelings toward the more stark interview rooms.

“They felt that the rooms were cold, impersonal, that it fed into the survivors feeling as if they were in trouble for being at the police department, which were some of the same feelings we had reflected back in our experience working with crime victims,” she said.

Dave Visin, the interim assistant vice president for UI Public Safety, said the interview room is important for people to be aware of.

“We want to continue to collaborate to address this problem and make our campus a better, safer place for all of our students,” he said in a statement.

Carlson said such rooms help in shifting the victim’s perspective to a more comforting state of mind.

“They’re able to share information more freely,” she said. “It feels warm and that would allow them to shift that mindset and kind of be able to sooth some anxiety and build a better rapport with their investigating officer.”