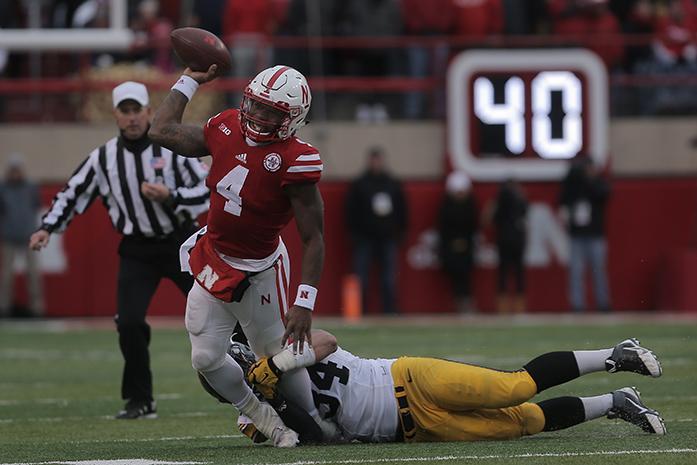 Iowa’s win over Nebraska was ugly, but that’s favored the Hawkeyes this season.

LINCOLN, Nebraska — On a cold, dreary day, it shouldn’t come as much of a surprise Iowa’s Nov. 27 win over Nebraska was a defensive, sometimes ugly, and sloppy game.

The teams combined for 5 turnovers, nearly 150 yards of penalty yardage, and a general ineptitude converting downs. Iowa was 0-for-9 on third down while Nebraska gave up the ball twice after failing to convert on fourth.

“There were ups and downs throughout the game,” Iowa wide receiver Tevaun Smith said. “There were times where we played a bit sloppy, but we did whatever we had to do to execute on offense.”

The team did execute enough to win, of course, but it wasn’t always the easiest thing to watch. Iowa’s haters have said all season the team doesn’t put enough style points on the board — they’re right.

Look at Iowa’s first six drives: punt, punt, punt, touchdown, fumble, punt. At the end of the game, things were equally as ugly for Nebraska. Its last five drives saw two picks, one turnover on downs, and a punt.

These type of games, however, have favored head coach Kirk Ferentz and Company all season.

“I just feel like this is how we’ve had to win games all season,” linebacker Cole Fisher said. “There haven’t been very many games this year where we’ve been able to sit back and relax in the fourth quarter. Every game has been a tough, hard-nosed contest.”

Strong defense has helped Iowa get these types of wins — the squad’s performance against Nebraska was no different.

The Hawkeyes forced Tommy Armstrong Jr. into 4 interceptions and also limited the Husker running game to 3.6 yards per carry. Iowa knew coming into the game it would have to contain the dangerous quarterback. The Hawks did that and then some, making his life a living hell.

Putting pressure on Armstrong helped force him into mistakes. He threw the ball 45 times, completing just 25.

“They’re tough, a good defense, and we knew we we’re going to have to keep grinding against them,” Canzeri said. “We knew if we did that, eventually, those big plays would happen.”

Although the Hawkeye offense struggled, getting a bit of help from the defense on a day that the Hawkeyes punted the ball nine times was critical.

The simple fact of the matter is this: Iowa has been winning close games and doing it by playing to three of its strengths — defense, a solid running game, and an innate ability to limit mistakes.