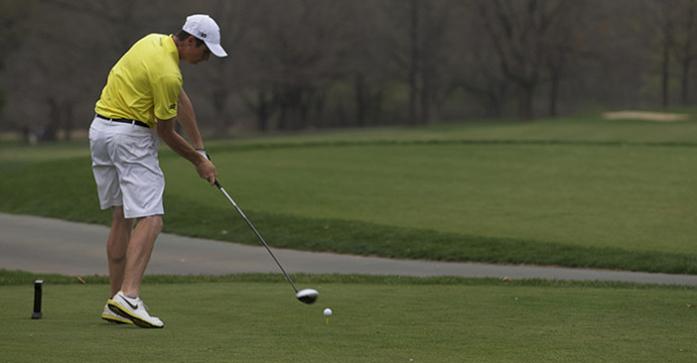 The Hawkeyes will be play their last fall tournament of the season in the Royal Oaks Intercollegiate at the Royal Oaks Country Club in Dallas this weekend.

Coming off a last-place finish at the U.S. Collegiate Championship in Atlanta, the Hawkeyes want to end on a high note going into the off-season.

With midterms these past few weeks, the coaches have taken into account the lack of study time that the players have had, hoping that the team will be able to bounce back afterwards.

“We’re tying to get them some more time to get caught up on their school work,” head coach Tyler Stith said. “So that when we go down to Dallas this weekend they’re stress-free and can go down and focus on playing golf.”

Although midterms can’t be completely blamed for last week’s uncharacteristic performance, stress from studying for exams could have been part of the reason the team didn’t play as well last weekend.

Knoll, who won his first college tournament at the Golf Week Challenge earlier this season, has been practicing hard to turn around his game from the past two tournaments, in which he didn’t perform his best.

“My swing has just been a little loose the past couple of weeks,” Knoll said. “I really haven’t had full trust in it, but it’s starting to come along a little bit. It’s starting to turn around with my ball striking, and that’s all I can ask for going into the last tournament of the year.”

Knoll wants to gain some momentum heading into the off-season, and posting a good score is just what he needs to end a solid fall season.

Royal Oaks has gone through some renovations since the last time the Hawkeyes played there.

“It was newly renovated last year, so we’re looking forward to going back and seeing it,” Stith said. “The greens and some of the bunkers were completely redone and I know Ray, Nate, and Carson have all been around this place a couple times, and it’s a golf course that they really like.”

Instead of playing on a course that is unfamiliar and difficult, such as at the David Tomas Intercollegiate in Louisiana earlier this season, the Hawkeyes will play on a course that they have experience on.

The Hawkeyes have put the last tournament in the past.

“Nate brought up a good point after the round,” Schaake said. “There’s two options from here: We can either withdraw, and we can sit back and mope about it, or we can do something about it, and we’re getting ready. We’re ready to go, and we’re really excited about Dallas.”