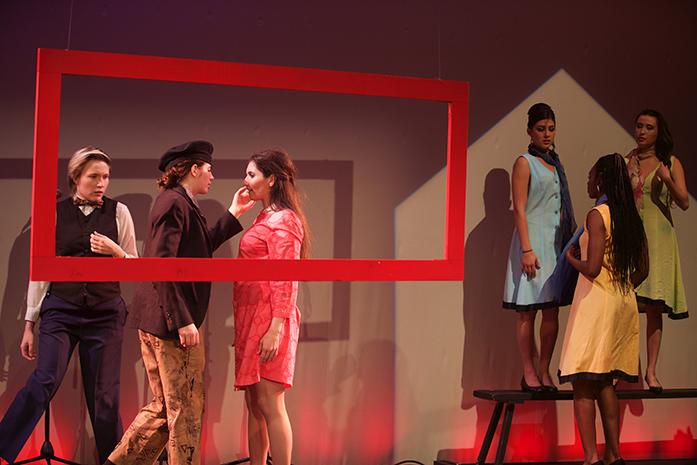 Before attending Feminaal in the University of Iowa Theater Building Theater B this weekend, audience members will sign a contract stating they agree to identify as female while watching the show.

“I think the vast majority of people will think it’s really funny, and interesting, and get a kick out of it,” said director Sam Collier, a third-year M.F.A. playwright. “I think people will have questions, and they’ll want to know why we’re doing this and what are our reasons, but the key thing is it’s not about excluding anyone. It’s that so many films and plays ask us to experience them from a male perspective, and we’re trying to flip that.”

Playwright Nina Morrison said she believes the contract is vital to the play.

“It is not a serious contract, but I wanted there to be an experience before the play even started … I just want to plant this seed and get people thinking about this as they watch this,” she said. “I think the play really isn’t complete without that experience.

“Obviously, the contract is completely fake. I can’t control people’s thoughts … it’s really just a device to say, ‘I would love it if you thought about this’; nothing more than that. I want people to think about what it is to see things through a female lens versus a male lens.”

Morrison is a third-year M.F.A. directing candidate, but got into playwriting while taking a class on Bertolt Brecht at the University of Iowa.

Feminaal is based on two misogynistic works: Baal by Brecht and Masculin Féminin, by Jean-Luc Godard.

“Both artists worked hard to control audience experience, and that was really important to me to do that as well, in homage to their style,” Morrison said. “It’s more than just you’re walking in and you’re seeing this play, but that I give a frame to the way they see this play.”

UI sophomore Taylor Claman, who plays Klara, one of the leads of the show, described her character as the undeceived one.

“Klara doesn’t want love; she’s not that type of girl,” she said. “When she wants something, she wants to have it, use it, and then choose once she’s done with it.”

The mostly female cast tells the story of a 1960s utopian society in Paris intertwined with present day.

“It’s about breaking all the rules of what women are allowed to do on stage … and what we do in the theater,” Collier said. “It has a ton of characters and a ton of scenes, and it’s all over the place.”

Check out a slideshow here: 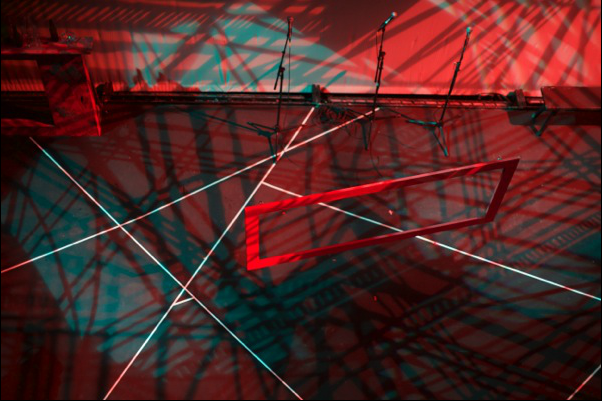