Crisis Center hopes to get TP’d 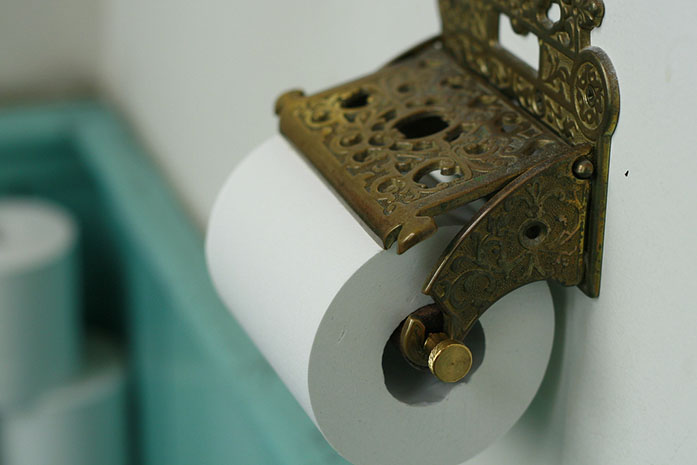 This month, the Johnson County Crisis Center is getting TP’d.

Throughout October, the center is hosting a drive for toilet paper — similar to a community can drive — illustrating the need for non-food items in the local area. People can sign up to participate online.

“We’ve had around 1000 families per week for a couple years. That’s quite a few rolls,” said Sarah Benson Witry, the Food Bank and emergency assistance director.

For those in poverty, toilet paper can be a commodity that isn’t always guaranteed for families, while others may take it for granted, Benson Witry said.

Iowa City is no stranger to poverty, making food a primary concern, but also creating the need for non-food essentials.

While the TP event began in 2010, officials at the center said there are several drives in place for items that aren’t food.

The reason being: non-food items can’t be purchased with contributions to the center specified as solely for food. 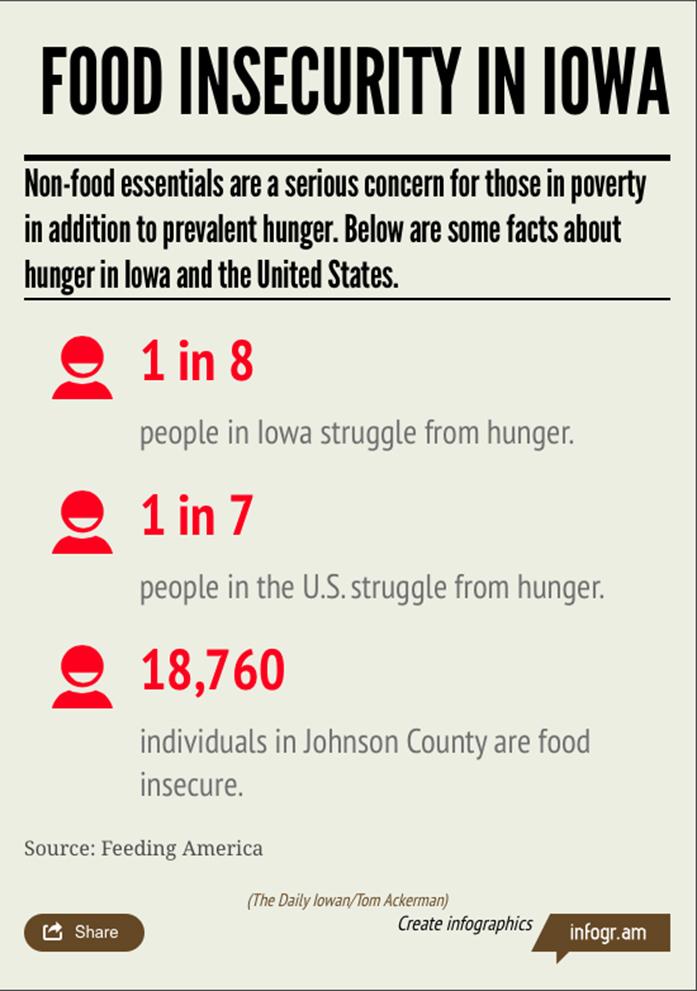 “Last year, we were down on food donations and non-food donations, which made things more challenging,” she said.

The center will never turn anyone down, she said, though the quality of food and products is dependent on donations.

“They’re always really happy to get [the items]. Especially when we give it out as a free point,” longtime volunteer Joyce Sanderson said, adding that clients would otherwise have to use points they earn to spend at the center on food.

“In past years, we’ve been able to get up through December,” Benson Witry said.

This year, the center’s goal is to add another month, meaning an increased 1,000 rolls would have to be donated.

“Somebody along the line realized it’s an issue that we have, so we purposely put a focus on it for one month,” communications coordinator Jay Capron said.

Capron encourages student groups and businesses to get involved to give the program the attention it needs.

“Every year it seems to grow, but we know that there are still people who are hearing about it for the first time,” he said.

As a solution, Benson Witry challenges students to think outside the box.

“It can be something that students can have a lot of fun with,” she said. “There’s a lot of fun, creative things people can do to get the word out and get people excited about the drive.”

When the program was getting started, Benson Witry said the idea came about when talking about the teepeeing that goes on during Halloween season.

“Someone said, ‘we need to be TP’d,’ ” Benson Witry said. “It just seemed like a good fit to do it in October.”

Benson Witry noted that of the items on a top 10 most needed for donations, about a third of items are not related to food.