Harreld reaches out to UI 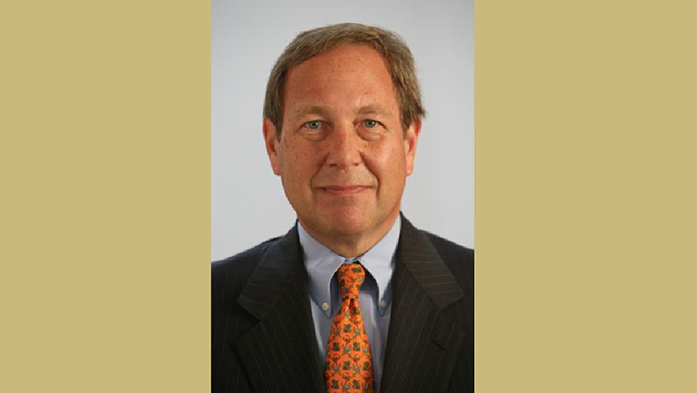 Bruce Harreld is trying to win the campus back.

The incoming University of Iowa president, who has extensive experience in the business world but none in academic administration, wrote a letter to the UI community detailing why he chose to come to Iowa.

The state Board of Regents’ decision to appoint Harreld — who held leadership roles at Boston Market, Kraft Foods, and IBM before teaching at Harvard Business School — to replace President Emerita Sally Mason has come under extreme fire. Vocal campus voices have chimed in to say they weren’t heard in the search process, which has been criticized as opaque and biased.

Harreld was chosen over three more conventional candidates from academia: two provosts and one college president. Concern erupted with the revelation that Harreld spoke with Gov. Terry Branstad on the telephone. Other records revealed that he met with five of the nine regents before the application deadline closed.

The regents and other supported have defended the choice as a way to “change the status quo” at the UI. They emphasized a perceived need for a fresh leadership style in the face of vast changes and challenges in higher education, including skyrocketing tuition and plummeting state support.

With Harreld, supporters say, the UI can go from “great to greater.”

The UI Faculty Senate voted no confidence in the regents’ ability to govern early in September, and was swiftly followed by the UI undergraduate and graduate-student governments. The UI Staff Council drafted a letter of disappointment related to the search process.

The College of Liberal Arts and Sciences Faculty Assembly went a step further and censured Harreld for concerns over his résumé. Assembly members also called on the regents to resign and the governor to dismiss them should they opt not to.

The UI chapter of the American Association of American Professors as well as the Campaign to Organize Graduate Students have blasted the search. The national organization will send two investigators to campus this week to see whether the organization’s values were violated in the process, which could lead to a censure of the UI and the regents.

Most recently, the Faculty Senate at the University of Nebraska voted in favor of a statement directed at the regents reaffirming the need for healthy shared governance.

“I am a strong supporter of the storied history of shared governance on our campus. With shared governance, however, comes shared responsibility. Through this collaborative process, we will create opportunities for success for our faculty, staff, and students,” Harreld wrote.

He also noted that he fully supports faculty tenure, that he believes investing in faculty, staff, and students is a must, and that the UI’s traditions and distinctions must be honored, particularly the institution’s heavy emphasis on the arts and humanities.

“I’ve heard plenty of misconceptions about my vision and values, so let me suggest this: If you hear something that worries you, simply ask me directly. I’ll give you an honest answer,” Harreld wrote. “We owe it to our university and ourselves to work together on today’s problems and build an institution that’s even more responsive, relevant, and respected. I believe we best meet the future by shoring up our core strengths — teaching and mentoring, research, scholarship, clinical care, and artistic creation.”

Harreld is set to go on the clock on Nov. 2. He has met privately with various constituencies on campus and attended We Are Phil festivities last week.